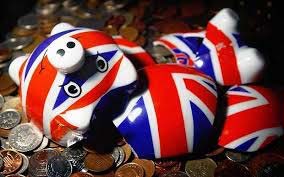 Under the ‘reasonable professional judgement’ provision, ratepayers won’t be
able to argue against a rates bill if its margin of error was inside 15 percent.
Research by Daniel Watney LLP and Blackstock Consulting using official
VOA data estimates it could cost small firms in England more than £700m
over the next five year rating period.

The proposal is included within draft regulations for the new business rates
appeal regime known as ‘Check, Challenge, Appeal’, which has been widely
condemned by every major business lobby group.

The reason for the outcry is that even a small percentage difference in a rates
bill can make the different between firms paying something and nothing at all.
Small companies enjoy relief for low value properties. This means that if the
VOA over-valued them, they could extra more money from SMEs without
them having any recourse.

Debbie Warwick, head of rating from Daniel Watney LLP, a property
consultancy, said:
“For most businesses, rates are the third largest expenditure and for any
ratepayer an overpayment of 15% will impact profitability. Saying a business
cannot appeal an incorrect bill is unjust.”

“Rating professionals fully understand the need to reduce the number of
spurious appeals, especially at a time when the Valuation Office Agency is
dealing with year after year of budget cuts. This can be remedied by helping
ratepayers better understand the basis of their assessment from the outset
and demonstrating that their assessment is fair in relation to others.”

Using official Valuation Office Agency data, the research found that qualifying
small businesses whose properties had a rateable value (RV) between
£12,000 and £15,000 could overpay by up to £137m a year if this new rule is
applied. Over the full five-year ratings cycle, this would work out at more than
£689m. The full figure would also include business above the £15,000
threshold too – increasing the potential cost significantly.

Of those overpaying the £689m, there are many whose assessments would
fall below 12,000RV and be totally exempt from rates if their assessment was
reduced by up to 15%, but under the proposed ‘reasonable professional
judgement’ clause could be denied these reductions. Those that could qualify
for total relief will instead pay out £431m of the £689m total over five years.

The consortium of business leaders has warned that the new changes could
allow the VOA to overvalue properties with impunity, since companies would
have no recourse whatsoever.

Debbie Warwick, head of rating from Daniel Watney LLP, a property
consultancy, said:
“Not on any level can it be fair to say to a small business, “you have to pay ths
even if you know the bill is incorrect.” While we all appreciate the need to cut
spurious appeals lodged by unscrupulous firms, hurting businesses at a time
when they’re being hit by Brexit, inflation and the Pound’s decline is not the
way to go.”

Martin McTague, Policy Director at the Federation of Small Businesses,
said:
“We welcomed the Government’s ambition to make the business rates
appeals system fairer and easier to navigate. However, it is hard to see how
this proposal helps to achieve that aim. We believe this clause simply fails the
fairness test and could result in the door being shut on small businesses who
want to correct inaccuracies in valuations and reduce their rates bills. This
research shows that businesses that are already struggling could be pushed
into insolvency, with smaller firms particularly at risk.”

Jerry Schurder, head of business rates at property consultancy Gerald
Eve, said:
“These wildly unfair proposals represent the Government’s intention to grant
itself the equivalent of papal infallibility and legislate away its errors, making
hard-pressed businesses pay for the VOA’s mistakes. The
Government seemingly has no confidence in the VOA’s assessments, in
which case it needs to reform the VOA or the system, not
penalise businesses by outlawing appeals."

Edward Cooke, Chief Executive at Revo, formerly known as the BCSC
said:
“Successful retail is at the heart of vibrant and cohesive communities. The
only thing worse than hitting retail businesses senselessly with increasing
business rates bills is prohibiting companies from challenging their
tax bill when they know they are paying too much. Consumer spending is
holding up our economy right now, but if the Chancellor doesn’t change tack
on business rates he risks killing the golden goose just weeks before
Christmas."

Melanie Leech, chief executive of the British Property Federation, said:
“It is hard to see how these proposals improve our broken business rates
appeals system. They will undermine ratepayer confidence and compound the
already high burden of business rates. Not only do businesses and jobs suffer
as a result, but the more money that is spent on business rates, the less that
is available for property owners to invest in improving our towns and cities.”

Brigid Simmonds, British Beer and Pub Association Chief Executive
said:
“Pubs are still under pressure, and are already paying a disproportionate
amount of the total UK Business Rates bill. For a business struggling to make
ends meet, 15 per cent could make a real difference and should their appeal
be successful, they should receive the full refund.”

Ufi Ibrahim, Chief Executive of the British Hospitality Association said:
“The impact of the forthcoming Business Rate revaluations and proposed
changes to the transitional relief scheme will affect our the Hospitality and
Tourism Industry’s ability to compete and provide the 100,000 new jobs that
we projected to deliver by the end the decade. Business rates are a major
cost for our hotel members, whose premises are generally valued on a
turnover based metric, and for our restaurant members, who more usually
rent their premises.

“The BHA is calling on the Government to revert to the 2010 transitional relief
scheme to ensure that no business experiences an increase greater than
12.5% next year, as has applied since the 2000 revaluation and for which
British businesses had budgeted. The Government should undertake a
fundamental review of business rates before the next revaluation.”

Jennifer Brooke, Executive Director at the Business Centre Association
said:
"At a time of uncertainty for the UK economy government should be nurturing
micro businesses and SMEs, the key sectors currently encouraging
entrepreneurship and from which the future engines of growth for UK Plc will
emerge. The proposed changes undermine the confidence of business in the
system, promotes uncertainty and risks pushing smaller businesses into
financial difficulties.

“For operators of business spaces, particularly for those in the serviced and
shared space sector, the impact will be significant with costs inevitably passed
on to small businesses. At the entry level, this is likely to make costs
prohibitive for companies just starting out and will act as a brake on
innovation, invention and growth. The reforms fly in the face of a simple, fair
and transparent tax system and is likely to result in costly and inefficient legal
challenges."

Kate Nicholls, Chief Executive at the Association of Licensed Multiple
Retailers, said:
“Allowing appeals to be dismissed on the vague and subjective grounds of
reasonable professional judgement only introduces a further element of
uncertainty to what is an already complicated process. This is doubly difficult
for pubs that already see their rateable value based on the assumption of fair
maintainable trade. A number of the ALMR’s smaller members have already
had to have their rateable values corrected, so we are seeing inaccuracy in a
system that uses hypothetical trading as a model. If the Government wishes
to ensure accuracy and fairness for businesses, then it must abandon the
notion of introducing another indistinct element that will only complicate
matters further.”