Flexible Space Association Board Member and Treasurer, Tom Mulvaney, who serves as Chairman of UBCUK, was in Spain this month for the ProWorkSpaces Conference.  Here he reflects on what he learned from the debates and discussions, and assesses the divergence of views in the flexible workspace sector on issues such as design, location and the services offered. 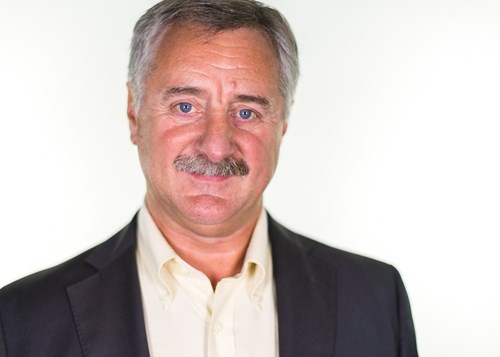 The ProWorkSpaces Conference is the equivalent of our Flexible Space Association conference each May, run by the industry representative body to inform and inspire members from all over Spain’s flexible workspace sector; plus, a sprinkling of delegates and contributors from other European States. Our colleagues in Spain have been long-standing supporters of our Conferences and Awards Dinner, so it was a pleasure to accept their invitation to contribute to one of the sessions on Day one.

The very early start to catch the ‘bleary-eye’ EasyJet would be forgiven once I’d set those same eyes on the beautiful façade of the venue, Hospital Sant Pau. The clue is in the name, this abundance of art nouveau architecture 800m north of Sagrada Familia, another architectural wonder, was once a cutting-edge hospital. It is today a knowledge centre and events location. Originally conceived as a city within a city, it is more like an affluent village within the city well worth adding to your to-do list should you visit Barcelona.

CoWorking seems to be the generic description given to all flexible workspace in Spain, and indeed much of Europe. The impact of WeWork is palpable and gives rise to strongly held views at opposite ends of the spectrum – about which, more later.

Proceedings kicked off with a lively debate under the heading of “CoWorking, what’s next?’ to which our own Jonathan Weinbrenn, MD of BE.Spoke, was a contributor as panel member. His advice included the need to be ready to respond to new competitors entering the sector from the PropCo and Hospitality industries. Interestingly, the locals referred to these as Hybrid Operators and there was clearly some concern that they may further disrupt the market. The philosophical basis of CoWorking received a good airing in the debate about Niche v Diverse spaces. On the one hand, Niche (catering for a specific vertical market or gender for example) was positioned as providing competitive advantage. On the other hand, Diversity of members (customers) was promoted as being more faithful to the original ethos of CoWorking, community and collaboration – heavy stuff before lunch, which comes much later in the day in Spain. In truth there’s room for both but there’s likely to be more longevity in the latter. Niche playing may be lucrative, but it is inherently more risky – akin to holding a single-stock investment portfolio.

More impassioned discussions ensued about the importance of ‘Design’ with a clear divide between the Artists and the Scientists. It was almost like being back in the sixth form debating society (yes, I know I have a very long memory!) The Artists were keen to extoll the virtues of ‘emotional connection’, ‘the story of the building’ and its value as an ‘experience’ to members and visitors. Whilst the Scientists were keen to remind us that budgets and ROI were still very much a part of the real world. The Artists countered with ‘Design is the reason for the success of CoWorking!’ To which the Scientist’s retort was, ‘show me the evidence’. There was a general undercurrent here and at some other junctures of a tension between the idealism of the CoWorking model and commercial reality, i.e. at some point the business must make money.

This point was rammed home during my own panel session, which discussed the future of CoWorking outside of the capital and major city centres. Once again it became clear there was a divergence of views with some adamant that major city centres were the only places to be. The evidence provided of success in the provinces and out-of-town locations would never convince the evangelists to head for the suburbs and beyond. The conversation moved on to commerciality, the need to make a return and the prohibitively high cost of city centre real estate. It was around this point that the WeWork model was branded as unsustainable (we’re not talking “Green” credentials here), and damaging to the industry as it will spook the investment community who had just begun to get comfortable with the sector – that ‘comfort’ some argued, was a positive spin-off the WeWork phenomena.

During a later podium discussion WeWork were credited with bringing the industry to the centre of attention, defining a new of way of considering the workplace and of effectively marketing the flexible space industry to everyone’s benefit. Their impact on local rents and the availability of office stock, it was suggested by others, was anything but beneficial. It quickly became clear there are two camps, two schools of thought, as far as WeWork are concerned  but the balance of conversations during the coffee breaks bordered on the ‘I told you so’ theme, now that the Tech-Co mirage has been called out.

On the theme of technology, one speaker provided my favourite Conference soundbite. In describing technology as an enabler, he said that today ‘we live in a liquid society’. I’m quite sure he didn’t have Rioja in mind but the ‘anywhere, anytime’ dynamic that technology has brought to the workplace. One of the strongest themes to emerge throughout was that innovation was the real strength of the industry. We had and must continue to find new solutions for the workplace using technology, reducing cost and maximising the appeal to talent.

Back to Spain and their market, there is great confidence that the market will continue to grow and maintain its double-digit growth rate. This is a market that looks very much to the UK for pointers, if not leadership. In the two largest markets, Madrid and Barcelona, flexible space accounts for under 2% of total office stock – less than half the figure for the UK. The talk in Spain is of the flexible market growing to anywhere between 15% and 30% of total office stock by 2030, despite being over 10 years away, that’s still a very steep trajectory.

Cushman & Wakefield sponsored the conference and provided a very comprehensive piece of research work from which they had devised an Index of FlexSpace Potential (IIF). It seemed to consist of 13 variables drawn from the research, involved some heavy statistics and correlations and ranked the various cities of Spain for their potential to grow – after developing  a headache it told me Madrid and Barcelona were the top two destinations, which I might have guessed! To be fair, the real value will come from comparing how the index for a particular city moves over time – is it getting better or worse? However, the general flavour was positive and encouraging.

Despite the general agreement surrounding the probable growth of the industry, there was considerable disagreement about the effects of a recession on the industry. The oft held view that we are a counter-cyclical industry and therefore somewhat insulated from recession was not universally accepted. As the debate the developed it became clear that some present were taking it for granted that we are about to enter recession, the slowing of the US and German economies and Brexit were foremost in the minds of these people. Others, the majority, took a more optimistic view although the assertion that recession, should it come, would not bring price competition with it, was just a little too naïve for me.

It was clear throughout that there were always, at least, two sides to every story. Indeed, the value of these occasions is often the potential for thought provocation they provide. Debate is alive and well in Spain. Their industry is growing; it looks to the UK for pointers, where innovation is what marks the sector out against the traditional/conventional sector. Now is not the time to ease back on the drive for innovative solutions.