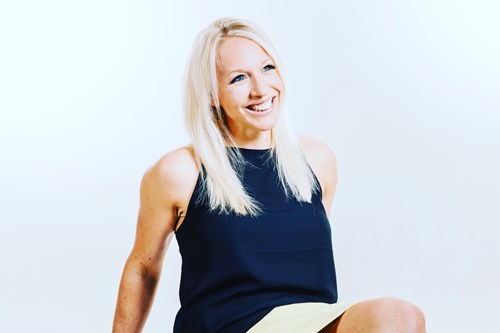 As a member of the Team GB Olympic badminton team, Gail has first-hand experience of the importance of teamwork, resilience and determination to succeed.

Gail won an Olympic silver medal in Athens 2004 and a World Championships Gold in Madrid in 2006, along with European and Commonwealth Games titles, including 2 Golds, with partner Nathan Robertson.

Gail's amazing achievements were recognised when she was appointed Member of the Order of the British Empire (MBE) in the 2009 Birthday Honours list.

In her business career, Gail has worked within the sport and business world, giving her an expertise and an insight into how to build and maintain successful relationships.

Gail has also engaged in motivational speaking, team-building and media activities, including TV and radio for the BBC, Sky and BT Sport.

Gail has worked with various organisations to widen their network and increase brand awareness, so it was a natural fit to join the SOS team.

The aim of the role is not only to promote Search Office Space, the industry's first ever serviced office agency, but also to enhance and manage existing relationships and to emphasise the benefits of working with the company.

In today's economy, flexible working has become a critical issue to all size businesses. As a result, SOS has seen a flurry of significant deals recently in London and throughout the UK, but also worldwide, which demonstrates that the flexible workspace industry has now reached a new level, especially when accommodating larger requirements (as well as small and medium size) for ready-to-move into, flexible office space.

Richard Smith, Founder and CEO of SOS, said: "Gail will light up any room she enters, I am thrilled to welcome her on board."

Gail said, "I'm very happy to be part of such an incredible industry and am proud to be a brand ambassador for Search Office Space and a proponent for flexible working."