Colin Sinclair discusses the current and future developments happening within Liverpool's Knowledge Quarter, and charts the transformation of the city as an exciting new chapter in its great history. 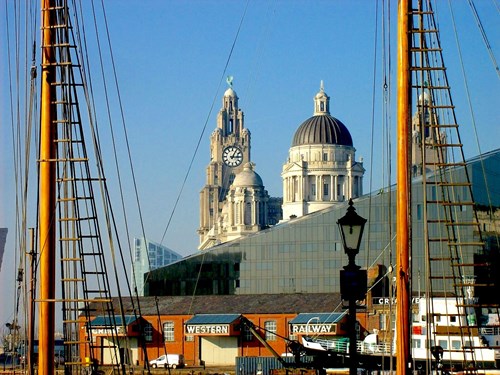 Liverpool’s economy is the fastest growing out of all Northern Powerhouse City Regions. Over the next five to seven years £2bn-worth of investment will be pumped into redevelopment in Knowledge Quarter Liverpool (KQ Liverpool).

Having been in post as CEO for just two years now, I wanted to take the opportunity to look back at some of the successes of the KQ Liverpool team, whilst looking forward to what is likely to be announced in the coming months.

Hailed as a landmark investment deal and a key moment for the future of the Northern Powerhouse, back in 2016 the KQ Liverpool partners won a competitive process against Manchester and Leeds, when the Royal College of Physicians (RCP) chose Liverpool as the new home for RCP North. Less than two years later and they are already working out of the University of Liverpool-owned William Henry Duncan building, whilst Liverpool City Council build their new iconic home.

That leads me seamlessly onto Paddington Village, the 30-acre expansion of the KQ Liverpool Mayoral Development Zone, where the new 160,000 sq ft building – The Spine – is being built. As the RCP was the catalyst for the building and are taking 70,000 sq ft for themselves, The Spine will be one of the world's healthiest buildings and one of the first in the UK to achieve the international WELL standard.

Other standout moments for Paddington Village were fighting off other UK cities to secure the pioneering £35m Rutherford Cancer Centre North West, and the University of Liverpool (UoL) and Kaplan choosing to open one of Europe’s largest international colleges there too. More recently, we have appointed an architect and shortlisted the brand for the new hotel that will sit next to The Spine and are already in talks on the few remaining plots.

Just across the road from Paddington is the rapidly changing health campus. Not only are the new £429m Royal Hospital and £157m Clatterbridge Cancer Centre being built, the £25m Life Sciences Accelerator also opened last year and as the old hospital is demolished other NHS Trusts are expected to join the fold, making it one of UK's largest clinical campuses.

Accelerator is a bioscience incubator, offering unrivalled access to both its partners – the NHS and Liverpool School of Tropical Medicine (LSTM) – and was one of three pioneering buildings (Accelerator, Sensor City and Materials Innovation Factory) to open over the last 12 months. It is also now home to the new Centre of Excellence in Infectious Disease Research (CEIDR), a partnership between UoL and LSTM, focused on translational partnering in infectious diseases. The latter of which was identified in the recent Government Science and Innovation Audit as one of Liverpool’s world-leading strengths, alongside Materials Chemistry and Cognitive Computing/Artificial Intelligence.

Just behind the health campus is the newly created Fabric District, the industrial enclave between London Road and New Islington, which is amidst a huge transformation to see it regain its status as a vibrant part of Liverpool City Centre. At the heart of the Fabric District is the Tapestry – a 25,000 sq ft former print works, which has quietly undergone a huge refurbishment, re-working the industrial site into a multi-functional space where residents and visitors can work, create and relax.

Also opening their doors were Sensor City, a joint-venture between UoL and Liverpool John Moores University (LJMU), which is set to put Liverpool on the map as a global leader in sensor technology and the Materials Innovation Factory, a partnership between UoL and Unilever providing cutting- edge, ultra-flexible, chemistry research facilities.

Also launching were the UoL Centre of Excellence for Sustainable Food Systems (CESFS), a collaboration between academics created to address real world issues affecting both humans and animals, such as climate change and the National Biofilms Innovation Centre, which gives researchers and industrial partners a platform to meet and explore a broad variety of collaboration opportunities.

There are also very exciting things happening at the other end of KQ Liverpool, between Mount Pleasant, Lewis’s and Lime Street Station, in the area we have called KQ Gateway. Working with Liverpool City Council we are helping to create a Spatial Regeneration Framework (SRF), which will help shape it into a vibrant part of the city, with new shops, offices, galleries, bars, restaurants, gyms and university space.

Forming part of the KQ Gateway is the LJMU owned Copperas Hill site. This strategically important site is located close to Lime Street Station and was formerly occupied by the Royal Mail Sorting Office which closed in 2010. This building was demolished in 2017, paving the way for LJMU’s new £64m scheme, which includes the development of two major LJMU buildings set within new public spaces and landscaped routes. It will trans- form that area of the City for students and staff, as well as for the residents and communities around this site.

With so much happening already, you would expect things to start slowing down but that definitely isn’t the case. In fact, we’ve only scratched the surface with the level opportunity that this half of the city has to offer.

Since launching our vision for ‘The Lime Line’ – a futuristic last-mile transport solution – and ‘Lime Square’ – a new public space at the heart of the KQ Gateway, we continue to work with the Knowledge Quarter Joint Transport Stakeholder Group and talks are already underway to gather supporting evidence for a potential transport pilot scheme in Liverpool.

A new company is also being created to oversee investment and development in science and tech buildings across Liverpool. The Knowledge Quarter Development Company (KQDC) will be specifically responsible for updating the area’s science and technology facilities and delivering new workspace and lab developments as Liverpool consolidates its position as a world class innovation district.

The KQDC is being created by Liverpool City Council, UoL and LJMU, who will each be equal partners in the new company, alongside a private sector investor. Liverpool Science Park, Sensor City and the Accelerator are expected to be among the buildings that could benefit from new investment generated by KQDC, whose partners have identified the need to attract initial investments of circa. £100m as new science and tech buildings are brought forward. Importantly the KQDCs mission is to create a new innovation ecosystem, benefiting all of the city region.

Last, and certainly not least, we are working with the Hope Street Community Interest Company to create a new cultural programme that will run for two years from January 2019, to coincide with the development work at Paddington Village. The KQ Culture! programme is designed to not only engage with locals and visitors alike but to showcase the fantastic cultural assets that Liverpool has to offer.

The role of Hope Street to the KQ Liverpool vision is pivotal and is what makes our city stand out from the crowd. There aren’t many innovation districts that can boast two cathedrals, theatres, galleries, orchestras, countless cafes, bars and restaurants. It is estimated that Hope Street adds £81 million a year to the Liverpool economy which, in turn, supports a further 1,000 jobs.

KQ Liverpool’s world-leading universities, it’s new hospitals and a progressive City Council at the heart of a joined-up City Region are proving that the power of partnership really can deliver something far greater than the sum of its parts. We are creating jobs, new discoveries, retaining graduates, starting and growing businesses through what we call disruptive collaboration. By that we mean never accepting the norm, acting in self-interest or being average in what we do; instead, always aiming high, being inclusive and being world-class in everything.

The current and future developments happening within our Knowledge Quarter are transforming the face of Liverpool and mark an exciting chapter in our great city’s history.