Current valuation calculations for flexible workspace centres are not fit for purpose and a market accepted valuation model is now needed if the sector is to continue to flourish. 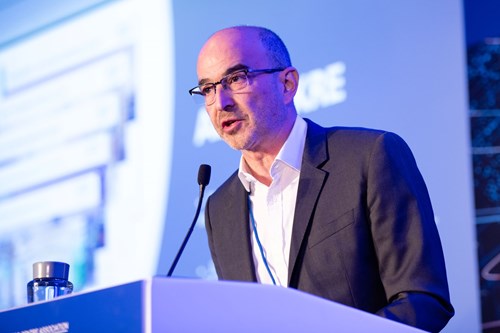 This was the message set out by Douglas Green, director of specialist flexible workspace brokers GKRE during his presentation at the recent BCA (now Flexible Space Association) conference in London. He explained that increasing interest in the sector and the desire of property companies and funds to invest, meant a formal valuation method and a guide for property surveyors was now vital.

Problems within flexible workspace valuations had become more acute in the last twelve months, he said. He went on to outline how the recent potential £9m sale of a late 1980s purpose built serviced office centre had ultimately fallen through because surveyors were unable to reach agreement on a valuation.

He explained to delegates how the centre was valued using a range of formula, “none of which was fit for purpose”. One surveyor used a valuation method usually reserved for public houses which required the surveyor to determine whether the current owner of the service office was a Reasonably Efficient Operator (REO) he said. This involved estimating the trading potential of the building, rather than the actual level of trade under the existing ownership, and it excludes personal goodwill. As part of the process the surveyor was required to estimate the Fair Maintainable Turnover (FMT) and Fair Maintainable Operating profit (FMO) of the serviced office building and then apply a discount to the EBITDA.

The discounted trading level was then multiplied by a discounted yield in order to reflect a capitalised yield that was “based on the returns investors are currently seeking from serviced offices”.

As a result the value given to the flexible workspace centre fell to £7.6m, or a 9% yield based on a reduced EBITDA, less the full purchasing costs for a standard property sale at this level of around 6.8%. Yet the buyer was willing to pay a further £1.5m based on the centre’s sustained and mature income and the potential to increase this.

Mr Green said: “To me, the entire basis of this valuation model is unsuitable for flexible workspace. Firstly why use REO? Why estimate the trading potential of the centre when there are more than five years actual trading as evidence and punish the vendor for a new owner not being able to sustain current trading levels?”

“Is there another business sector that is valued based on unrealistic income or indeed occupancy levels? Why should a business that has enjoyed years of 90% occupancy be valued for sale based on a significantly reduced level? Is that fair?"

Mr Green said with short term licences, on average, now longer than traditional leases and investors turning to the flexible workspace marketplace to understand where Space as a Service is created, it was vital that a market accepted flexible workspace valuation model was adopted.

There are a number of valuation models being proposed for the flexible workspace sector. One of the valuation formulae splits the annual income generated by a flexible workspace centre into two or more tranches applying a market yield to the first tranche up to ERV and then discounted yields applied to the outstanding income based on its contracted or variable nature. This has become known as the Fuchs formula.

But Mr Green said GKRE believed in adopting perhaps a simpler flexible workspace valuation formula that applied a discounted yield to the whole annual income being produced by the flexible workspace. Ultimately, he argued, this simpler formula achieved almost exactly the same outcome in terms of valuation. He added the simpler valuation method reflected the risk, return and expectations of growth. Mr Green said further considerations should be given to:

Once all of these have been considered, together with the usual property due diligence, there is little to suggest the operation will deviate from its ability to generate consistent returns. These will often exceed the market rent and as such should be valued accordingly.

Flexible Space Association member GKRE has been at the forefront of the flexible workspace revolution and has advised on deals involving over a million sq ft of space in the sector since it was founded 2013.