Flexspace: Growth on the Agenda for 80 per cent of UK SMEs

The majority of the UK’s small business owners are putting growth on their 2018 agenda, according to survey results released by flexible workspace company, Flexspace. 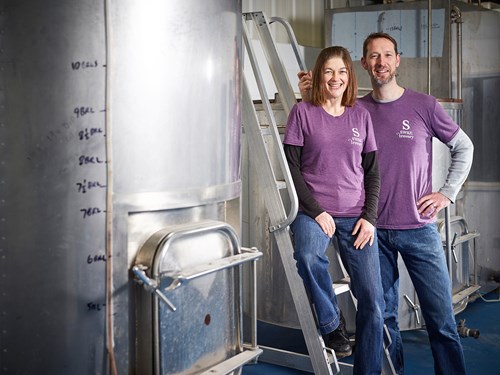 The Flexspace Business Sentiment Survey gathered the opinions of over 150 SME owners across the UK, revealing:

“With uncertainty around productivity, the UK economy and a changing global landscape, it may be easy to assume small businesses are pessimistic about the future,” explained Lee Maytum, Managing Director of Flexspace.

“Yet this survey suggests the exact opposite. Small businesses are feeling positive with plans for growth. “According to the Federation of Small Businesses, SMEs accounted for 99.3 per cent of all private sector businesses at the start of 2017.

"That’s the bread-and-butter of the UK economy, making surveys like this so important: they stop us making assumptions about how small business owners are feeling and instead provide a strong indicator to business sentiment and expectations.”

“92 per cent of those who responded to the survey currently employ less than 26 members of staff. The intention to up headcount by four or more is a sign of significant growth for a small business,” added Lee.

Responding to the results, Flexspace Leominster customer and Partner in Swan Brewery, Gill Bullock (pictured), said the positive outlook was not a surprise but instead perhaps a representation of small businesses, like their Leominster microbrewery, targeting new opportunities:

“Increasing competition in a static market is probably our biggest concern at the moment but that’s why we’ve put strategies in place to maximise new routes to market.”

Based in Flexspace Tockwith, Perennials Gardening & Landscapes, is approaching business in 2018 in a remarkably similar way. Julia Harker, Company Director of Perennials, explained:

“We’ve identified new routes to market and we’re gearing up for growth. “We recently moved into our new Flexspace unit to give us better access to areas where our services are in high-demand. We’ve also focussed more on landscaping as opposed to horticultural services. Landscaping for new builds is proving to be a lucrative and growing market for us, especially with the recent government drive to build more new homes.”

Almost exclusively working with local small businesses, the sentiment expressed in the survey is a positive indicator for Swan Brewery.

Gill explained: “The ingredients used in our ale are, by and large, from a British source, we use local suppliers and our customers are primarily based in Herefordshire and Worcestershire. There are many different UK-based stakeholders in the chain so, naturally, their mood and income will impact our business too.”

Gill’s advice for other small businesses concerned about ensuring they still secure growth in the next 12 months is to look for new ways to sell their products and stand out from competitors: “We always aim to establish ourselves as a brewery that’s big on sustainability; that feeds through to our entire business model and differentiates us in a busy marketplace.”

The Business Sentiment Survey was open to all Flexspace customers from any of the company’s 59 centres across the UK. 98 per cent of respondents stated their business turnover was £5million or less in 2016.