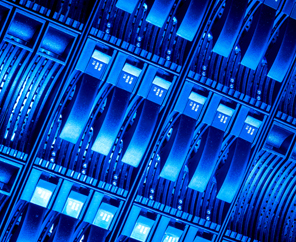 The UK ranks as the top European country in which to locate data centres, according to a new study released today by global consultancies Cushman & Wakefield and hurleypalmerflatt. The Data Centre Risk Index 2012 report evaluates risks to global data centre facilities.

Data centres house business-critical information technology systems. Any downtime has the potential to cost millions in lost revenue and threaten the viability of an organisation. The report helps companies make informed investment decisions about where to locate their data centres, to increase their efficiency and lower costs, and to develop strategies to mitigate anticipated risk.

The index ranks countries according to the risks likely to affect the successful operation of a data centre, risk factors such as energy costs, connectivity, and the likelihood of natural disasters or political instability. Building on the inaugural report last year and reflecting the ever-changing technological and political landscape, ten new countries and two risk categories - energy security and education - have been included.

The risk factors are individually weighted to reflect the different risk levels and are arranged under a three tiered system, tier 1 being the most important and comprising risk factors - energy costs, international internet bandwidth capacity and ease of doing business.

The UK has moved up from fifth ranking in 2011 to second position this year. Its high international internet bandwidth capacity and ease of doing business put it above all other European locations surveyed. Germany is the second most popular location in Europe in which to locate a data centre followed by new emerging markets the Nordics - Iceland (fourth position), Sweden (eighth) and Norway (twelfth).

The U.S. retains its first place ranking and is considered the lowest risk location for building and operating a data centre in the world. It holds top position for international bandwidth and performs well in the other tier 1 risk categories as well as having the highest percentage of its population completing tertiary education. Canada remains in the top five low risk locations. Hong Kong has maintained its position as the location with the least risk in Asia for setting up data centres, and ranks seventh.

Keith Inglis, partner in the EMEA Data Centre Advisory Group at Cushman & Wakefield, said: "The UK, closely followed by Germany, is the safest location in EMEA. However, what we are seeing, certainly in the data storage market, is the rise of the Nordics, which may in the future dilute the market share from the traditional centres in Europe. Google has built a facility in Hamina, Finland and Facebook is constructing a substantial new data centre in Lulea, Sweden. The cool climate is ideal for free cooling technologies and the abundance of renewable power and water make this region an increasingly attractive option. Iceland, ranked fourth is a new entrant to our Index and the highest ranked of the Nordic counties."

Stephen Whatling, Global Service Director at hurleypalmerflatt, said: "Indonesia, India and Brazil are all considered growth markets, but with barriers to entry, regulated markets and high energy costs they do score poorly relative to the more established economic markets. Connectivity is also a problem but as these markets continue to be invested in and the infrastructure becomes more developed we would expect them to rise up the rankings."