Thousands of Britons Hit By Tax Fine Error by HMRC 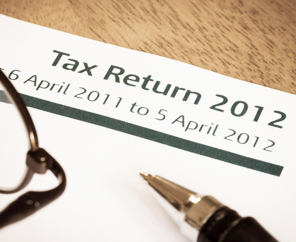 Thousands of people have been hit by a tax fine error after they were told that they no longer needed to fill in self-assessment tax forms.

According to HM Revenue & Customs, 12,000 Britons have been sent penalty notices by mistake after they were told that they did not need to complete the forms because it could be dealt with through PAYE.

Millions of people in the UK fill in the self-assessment tax forms every year and the deadline for online returns this year was 2nd February. Anyone who has still not filed their form has received a letter sent by HMRC with a fixed penalty of £100 even if they do not owe any tax ahead of the £10 daily fines which start on 1st May. A further £300 can be demanded after six months and another £300 after 12 months.

Recently hundreds of thousands of people were taken off the self-assessment process because they no longer needed to be in it and all the records were changed; however it seems 12,000 have now received penalty notices as an oversight.

The taxman has issued an apology for the blunder, saying: “We are very sorry and can reassure these customers that we know who they are and that this letter is incorrect – they do not owe a penalty. We are writing to all of them to apologise and to explain this error.

“It is very unfortunate that this process error has taken the shine off the good news that we have taken 130,000 people out of self-assessment.”

Around 850,000 Britons were sent penalty notices this year for failing to submit their tax returns on time.