The Northern Powerhouse: Ready to Roar 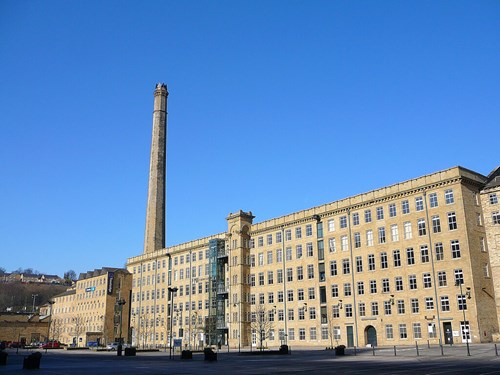 The North of England has a proud history, with a cultural and industrial heritage second to none. Wool, cotton and silk are woven into the landscape of much of Yorkshire.  The legacy of textile manufacturing can be easily seen in the grand factory buildings in many great northern towns and cities.

The heavy industries, including coal and steel, and textiles which dominated the region’s economy in the past, have given way to a new and exciting mix of engineering, business and retail, attracting start-ups and SMEs.

Some places, like Bradford, Halifax and Huddersfield, which once were centres of wool milling, suffered a decline in their economy following the collapse of the old industry.   But, today, many of those beautiful old Mill buildings have been put to good use and converted into thriving business centres and serviced offices, containing art galleries, restaurants and much more.

“The town is fast establishing itself as a thriving business destination and a prime spot for firms looking for a well-connected base in the North, so it’s only right that it features in our UK expansion plans.

Celia Donne, Global Operations at Regus and also a BCA board member, said:

“We are seeing more project and training teams for infrastructure developments and regeneration projects coming into the market, particularly in Leeds.   The smaller towns and cities in the North have seen some continued consolidation of regional offices with the smallest operations in a UK network being merged into larger hub locations in Leeds, Birmingham and Manchester.

“We've seen activity surrounding the pre-planning and then launch of The Hull City of Culture 2017 along with further developments and inbound investments in the Renewable Energy industry here.

In January, the Government launched its Industrial Strategy with the aim of helping to close the productivity and wealth gap between different regions and drive growth more evenly across the country.    The Green Paper launch followed the announcement of a significant funding boost for the Northern Powerhouse of £556 million through the Local Growth Fund.

And, just a few weeks ago, the British Business Bank launched the Northern Powerhouse Investment Fund, which will provide small and medium businesses with increased funding flexibility as well as boosting investment levels in the North.

Business leaders from across the region welcomed the £400m Northern Powerhouse Investment Fund (NPIF) as a new source of regional economic development funding to boost the local economy.

A new survey from UBS Wealth Management reveals that 69% say the Referendum result has had a negligible or positive impact on their likelihood to invest in the UK.

Leeds has long been booming whilst Hull was seen as  the poor relation, hit much harder by the recession, and the loss of development projects and investment.  But things have been changing for the better. The Humber Enterprise Zone was announced in 2011 and in 2015 the C4DI (Centre for Digital Innovation), a technology hub whose aim is to promote the tech sector in Hull and East Yorkshire, was launched.   And this year it is Hull’s turn to be City of Culture.

BCA board member Freya Cross, who runs The Deep Business Centre, is very optimistic about the future of flexible workspace in Hull.

“Hull is the place to be right now, with the City of Culture 2017 and preparations being made for one of the largest regeneration improvement projects the city has ever seen. These amazing new plans will make the most of Hull's character and history, revealing a dynamic and world class mixed use business district, complete with cafes and exhibition space that further enhance the city as a visitor destination.

“There has been huge investment in Hull as a place of business and as a cultural capital of the North.  As a key Hull Bondholder Scheme member and 2017 City of Culture Bid Angel, The Deep and The Business Centre have been instrumental in pushing these projects forward and will continue to play a vital role in developing the city.”

The Leeds City Region is the largest economy in the Northern Powerhouse, the largest outside of London, with a hot bed of talent and innovation flowing from its leading institutions and the 3 million people that live within it.

“With great connections to the rest of the country, the HS2 in the pipeline which will cut travel times from Leeds to London by over an hour, Leeds is a great place to do business and is just getting better.  As well as the new Victoria Gate retail development, Leeds has attracted some big names to the city to do business such as Sky and Burberry who are moving their operations here.

“There is also a real start up culture here for new businesses, meaning it is the perfect place for them to grow and with reasonable costs for office space compared to other major cities, it makes sense to head to Leeds. We have the biggest financial district outside of London and with the Yorkshire Dales just a short drive from the city, it makes Leeds a very appealing place to work.”

There is speculation that the Leeds office market could break through the 1m sq ft take-up barrier in 2017.  According to PropertyWeek, there is a renewed optimism in the market and potentially large public sector requirements from HMRC and the Government Property Unit [GPU], all of which could see 2017 being a record breaking year.

Sheffield is not left out either.  Just this week it was announced that the Cultural Industries Quarter is set to be expanded as a £10m project takes shape to add apartments and studios, and offices for the high tech and creative sectors.

There may have been some tough times up North but the resilience and optimism of the region shows it is determined to celebrate the rich past of the county to build a bright future!

To contact any of our many BCA members in the region please see the link below: