The Autumn Statement: What to expect? 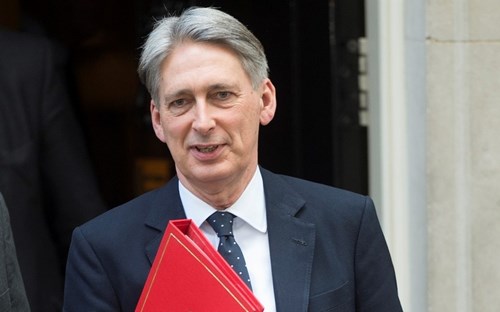 On Wednesday at 12.30pm, the BCA and our members will be glued to TV screens up and down the country, as the Chancellor of the Exchequer, Philip Hammond, delivers his first Autumn Statement in the House of Commons.

Since the last Autumn Statement was delivered by George Osborne on 25 November 2015, the tectonic plates of politics and economics have fundamentally shifted. We have had Brexit, a radical change in personnel within the British Government and the election of Donald Trump as President of the United States of America. Financial markets have been turbulent and fiscal and monetary policy has struggled to keep pace with the rapid rate of political change we are experiencing around the world.

The statement comes at a time when US monetary policy is likely to tighten, with the Federal Bank expected to increase interest rates before the end of the year. Similarly, the Governor of the Bank of England has come under pressure from the Government to tighten UK monetary policy. Taken together, these measures would result in an increase in the cost of debt servicing which would give the Government less wiggle room to “borrow to invest” at the level requested by some economists. Whilst the Chancellor has abandoned the fiscal framework bequeathed to him by his predecessor, his cautious nature precludes the sort of borrowing his opposition number, John McDonnell, has proposed.

When the Chancellor gets to his feet on Wednesday, the eyes of British business will be firmly fixed on him. So what can businesses expect?

Over the weekend, large parts of the Autumn Statement were trailed to the media and the Prime Minister pre-empted some elements in her first address to the Confederation of British Industry conference. We already know the Chancellor will announce:

Elsewhere, the Government has indicated that it will freeze fuel duty again, and may look at reducing Air Passenger Duty. The Chancellor will also set out the pace of change in the personal income tax allowance, which could rise to £11,700 in April 2017. And owing to pressure from the property industry, the Chancellor is expected to announce changes to stamp duty, although quite what those changes might look like, we will have to wait until Wednesday to find out.

For BCA members, a change of direction on business rates appeals policy, which could cost businesses more than £700m in overpayments, would be welcome and demonstrate the Government’s willingness to listen to the concerns of SMEs who face losing out as a result of the introduction of the unsatisfactory “Check, Challenge, Appeal” system.

On Business Rates, the Government may also take action to support businesses that are facing a hike in bills as a result of the recent Business Rates revaluation, which the BCA would also welcome. The UK still has the highest commercial property tax regime in Europe and measures to address this would represent a welcome boost for business, particularly at a time when Government needs businesses to invest in order to sustain economic growth.

There is no doubting the scale of the challenge the Chancellor faces on Wednesday. A large number of variables impacting on Britain’s growth trajectory are out of his control. However, he still has a number of policy tools at his disposal that could help steady the ship. If he deploys them in the correct manner, those of us glued to our TV screens will seize the opportunity to continue to prosper.