Season's Greetings: The BCA Looks Ahead to 2014 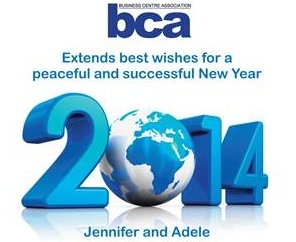 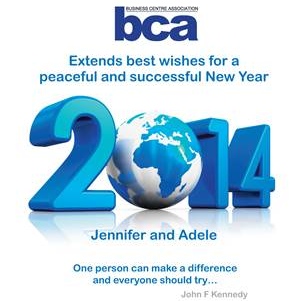 With fairy lights twinkling and workspaces sparkling with decorations and Christmas cheer, it's time to look back on another year and ponder over what 2014 has in store.

We've had plenty of highlights - not least, a truly engaging Conference & Exhibition in May, which saw keynote speaker Guy Laurence of Vodafone UK challenge outdated workplace trends and inspire delegates to transform their way of thinking.

The ongoing issue of empty property rates (EPR) yet again reared its ugly head, as business rates expert Jerry Schurder of Gerald Eve branded the government's measures as "deeply-flawed". However, there was a more positive outcome following the Autumn Statement, with the Chancellor's latest measures "welcomed warmly" - if cautiously. The BCA continues to lobby for change and although there is still much more to be done, we end 2013 with renewed optimism on the subject of EPR. 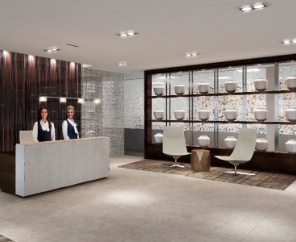 There was plenty of good news from BCA members throughout the year. Business Environment scooped a record sixth consecutive year on the Best Small Companies to Work For list, while United Business Centres announced positive year-on-year results and Landmark announced a new West End group.

And there was yet more consolidation within the sector as two high-profile workspace companies - Avanta and Serviced Office Group - officially merged.

We saw many operators introduce collaborative workspace this year, which highlights one of our sector's winning features - versatility. From manufacturing space and virtual offices, to the enormous potential of flexible storage through innovative operators like LoveSpace, our sector offers a wonderfully diverse range of space to businesses of all sizes, and from every industry.

In 2013 we initiated the BCA's bi-monthly MarketWatch review, a report that gathers facts and opinions from members at each BCA Board Meeting and delivers a summary to all members, to determine the current performance of the sector.

And as 2013 bows out, it wouldn't be complete without the BCA's annual Awards and Gala Dinner.