Rise of the Machines? Uber Races Ahead with Self-Driving Service 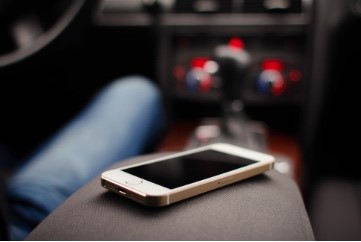 For the most part, automated technology has been warmly welcomed by the flexible workspace industry. It’s proving its worth in key areas of operations such as CRM, online reservations and workspace inventory management.

But whilst automation helps operators to save time on arduous tasks and handle the administrative side of workspace management more efficiently, where do we draw the line between human resources and full automation?

For some, that line has already been crossed in the form of self-driving vehicles.

Uber is set to wheel out a new service in Pittsburgh that will see customers summon self-driving cars from their smartphones – albeit with a supervisory human sitting quietly behind the wheel. This is a giant leap forward in the field of automation (and a race that Google was expected to win) that you can read about here, but what’s really interesting is the impact such technologies may have on the flexible workspace industry. So we asked ip-Xchange for their insights.

The Rise of the Machines

Dan Jones, Marketing Manager at ip-Xchange, had this to say: “I’ll admit it, I LOVE using the internet as a method of avoiding real human interaction. It’s the same for taxis. I whip out my smartphone, tap the Uber app and within seconds I can watch the map to see my car on its way to me (is it just me that still finds this part really exciting?…yup..looks like it).

“Now what if you can take the human interaction avoidance to the next level? How about the car you’ve ordered not actually having a human driver in it? Well, the future is here and it’s now happening with Uber. Whether or not you’re brave enough to jump in that car and take a ride is another question but it’s undoubtedly a vision of the future that we all may get very used to.”

Dan questions to what extent ‘the rise of the machines’ will impact flexible workspace; certainly the ability for clients to book and manage workspace online is a boon for both client and operator. Not all workspace operators have automated their processes – just like Volvo’s reliance on a human supervisor, some are still in the test drive phase.

As for the long-term there are some exciting opportunities on the horizon, according to Managing Director of ip-Xchange, Kevin Winstanley:

It’s In Our DNA
Guest post by Kevin Winstanley:

Watson and Crick, Lennon and McCartney, Jobs with Johnny Ives, sometimes one is quite literally lifted by creative collaboration. You may be a one of the giants in your field but somehow that spark of inspiration from a co-collaborator is the thing that turns greatness into veritable genius.

Often the cross pollination of ideas are from two very different and distinct fields, I would argue that John Lennon was actually an artist whilst Macca was clearly a well-accomplished musician. You only have to listen to ‘A Day In The Life’ to hear the contrast in styles superbly executed as something quite, quite unique.

So here’s something that you won’t instantly relate as the meeting of two genii:

Whilst you try to decipher the rational of such a seemingly soulless marriage, let me tell you that until very recently I was a Range Rover man.

It was sold to a nice lady from Essex who needed something big enough to transport a Cello around in. You see it had become an anathema, yesterday’s car in tomorrow’s world. Big enough when I occasionally needed it to be, but mostly either sat on the drive literally depreciating its enormous V8 heart out, or being piloted down the M40 by a solitary man cossetted by 3.5 tonnes of British made ivory leather and jet black steel.

My gaze had latterly drifted towards Tesla, and its electric Va Va Vroom, until I was minding my own business in the car park of my local Tesco the other day and behold! What wafted in on a wave of clean fresh air was the new Volvo XC90 hybrid. OMG that car is drop dead gorgeous, it’s simply beautiful and can seat 7 adults comfortably, you will not find a better looking interior this side of Jony Ive’s house.

It has a mere 2 litre turbo charged engine and an all-important electric motor that can propel it for up to 134 miles on a single tank of petrol, and it also has a staggering 395bhp and a 0-60 time of a tad over 5 seconds. It is my friends, all of the things I want it to be, well, almost…

I know I will only want to have 6 other people in the car with me if I’m going to a wedding and I also know that for 80% of the time I will be looking at it longingly through the window, whilst flicking through this month’s Architects digest, relaxing in my Charles Eames lounger.

No, what I actually want, is for that car to come and get me, when either I, or my party of 7 actually need it, probably to drop us off at the church door and then not have to worry about parking, or it getting scratched, or the massive amount of depreciation I would have from actually owning it.

Then if the car would bugger off on its own, perhaps to someone else that needed it for a few hours and come back and pick us up later and ferry us all off to the reception, well, that would be frankly, marvellous!

In the immortal words of John and Paul ‘Let It Be’, thank you Watson and Crick and thank you Uber-Volvo. You may just be the first to discover the genetic blueprint for the future of transportation.