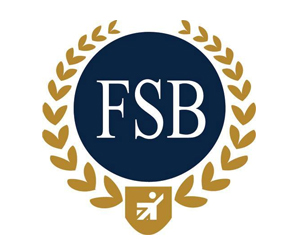 New figures show that six in 10 rural businesses are suffering with the slow speed of their broadband, as the Federation of Small Businesses (FSB) calls for the majority of the countryside to have access to superfast broadband by 2015 to revitalise the rural economy.

Countryside businesses and households have long had problems either accessing broadband or with slow speeds. The FSB's ‘Voice of Small Business' Panel Survey of more than 3,000 members shows that 63 per cent of small firms are dissatisfied with the speed of their broadband connection compared to 48 per cent of businesses in urban areas. Another 34 per cent of small rural firms said they are dissatisfied with the reliability and a quarter (24%) with the value for money.

The Government has announced that it will create 10 super-connected cities by 2015 that will have ultrafast broadband speeds. While the FSB welcomes this move, it believes it doesn't go far enough and will only widen the digital divide between rural and urban businesses – especially since the same number of rural (85%) and urban (84%) businesses think their reliance on the internet will increase.

In a new report, The missing links – revitalising our rural economy, the FSB is calling on the Government to rollout 20 Mbps superfast broadband to 98 per cent of rural communities and businesses. This would help to close the digital gap between rural and urban firms.

The FSB believes that all businesses, whether urban or rural, should be able to tap into all markets. Broadband is crucial for this, especially for rural businesses that are often miles away from their customers and suppliers. It will also help them boost exports - crucial for economic growth.

Effective broadband is also vital for businesses to access and complete Government services, such as applications for funding, business rates and tax returns, which are all being put online. As a result, the FSB believes that to get sufficient broadband everywhere, the Government should be acting with a greater sense of urgency.

Self-employment and home-based working is more prominent in rural areas. The FSB believes that by rolling out efficient broadband, it will encourage more small businesses to grow, improve their competiveness and encourage them to take on staff – crucial at a time of high unemployment.

"These figures show that many rural firms are still unable to access basic broadband to run their business effectively. It shouldn't matter where a business is located. With the technology we have today all firms should be able to trade overseas, throughout the UK, and from town to village. With both rural and urban businesses clearly looking to the internet to expand, it is imperative the Government takes action to close the digital divide between urban and rural businesses. We are calling on the Government to rollout superfast broadband to rural areas by 2015. The value of this is not in doubt."