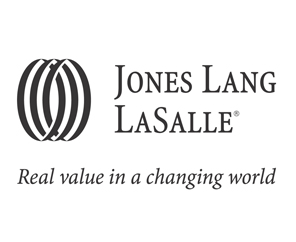 Despite continued economic uncertainty across the Eurozone foreign investment into London's office market remains robust, limited only by a lack of stock in the West End according to Jones Lang LaSalle. The first six months of 2012 saw London office investment volumes reach £6 billion.

Over 75 percent of activity was accounted for by overseas money, with Asian capital responsible for 27 percent . H1 2012 total volumes increased eight percent compared to the same period last year, and there is a further £10 billion currently targeting the market with year-end volumes anticipated to reach £12 billion, 11 percent up on 2011.

The City market is currently experiencing a yield divergence between prime and secondary stock, with a flight to quality putting further pressure on yields. However, the discount on secondary product is widening as the contagion of the Eurozone banking and currency crisis has caused investors to inject more risk into their pricing."

In the leasing market, active demand remains relatively constrained. However, more occupiers are starting to emerge with potential future requirements and overall registered demand is now six percent higher compared to 12 months ago which bodes well for when the macroeconomic position improves. While actual take-up remains below average, with this additional potential demand and an eroding supply pipeline, occupiers who wish to move have an increasing dilemma; act sooner than desired to secure quality space at reasonable rents in the best locations or be faced with increasingly limited choices at higher rents.

Neil Prime, Head of Office Agency at Jones Lang LaSalle, said: "The growth in pent up occupier demand in London will inevitably start to outbalance supply levels. The key question is when will this demand activate. We are starting to see initial signs of such activity where occupiers understanding the lack of future supply are beginning to commit to secure their future occupational needs, however such activity at present is relatively sector specific, particularly in Insurance and TMT."

Prime concluded: "Occupiers are also migrating from the West End to locations that provide high quality office product at reduced total occupational costs as the search for quality and value begins to gather pace. With every transaction on grade A space our prime Grade A markets draw closer to a tipping point. When this happens we will see a rapid improvement in rental growth and a reduction in choice presenting a conundrum for occupiers; the supply and value options available today in a period of economic uncertainty against higher costs and lack of choice as the economic cycle improves."

Other key findings include:

· As supply levels tighten over the next 24 months and demand strengthens, Jones Lang LaSalle anticipates prime rental growth of up to 8.9 percent in the West End, and 9.6 percent in the City by the end of 2013.

· Grade A vacancy rates increased marginally in the West End from 2.1 percent to 2.4 percent and in the City from 4.4 percent to 4.7 percent.