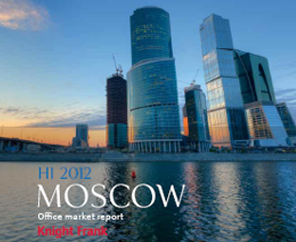 The Class A vacancy rate fell from 12.5% to 11.9% in H1 2012, while Class B availability declined from 17.2% to 14.2%. Only 217,400 sq m of new office space were delivered to the market in H1, 34% less than in the same period of 2011. Completion levels have been particularly low in the centre of Moscow, partly as a result of new city planning regulations restricting commercial property development.

The largest leasing transaction in H1 was IT distributor Merlion’s deal for c.17,000 sq m of Class B space in the Myakinino Business Center. The biggest Class A deal was for c.16,000 sq m, let by Knight Frank to Novartis in the Alcon office complex. There were also two very notable owner-occupation deals in Nagatino i-Land, with Raiffeisenbank purchasing a building of c.25,000 sq m and Alfa-Bank acquiring c.23,000 sq m.

Carly Tompsett, international research analyst, commented; “Development completion levels are expected to remain subdued over the rest of the year. Combined with continued robust tenant demand, this could support moderate rental growth over the next six months.”

Nikola Obajdin, director, office department, said; “Although office completions were at a relatively low level in H1, it is clear that there has been a shift in the market, and the quality of new developments is now more important than the quantity. A number of high class office projects have been announced for construction or delivered to the market during H1 2012, and the expectations of potential tenants have increased.” 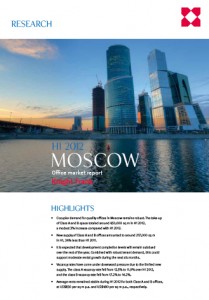