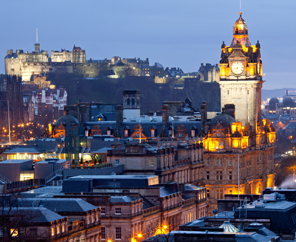 The data, compiled by market leader officebroker.com, revealed a 36% decrease in the average price per workstation, when compared to the same three month period last year.

The report, which focused on data from the first quarter of 2012, found that the average cost per workstation had fallen by £122 to £216 per month.

It’s believed excess supply in the serviced office market, caused by large occupiers such as Tesco moving to new premises, was the main reason behind the significant price fall.

Space in Edinburgh was the UK’s most expensive outside of London but now sits well below the UK average of £295. It is however still slightly higher than the Scottish average of £213.

Despite this drop in price, the report revealed that take-up of space in the capital has remained steady, with the same number of businesses committing to serviced office space in the opening month of 2012 as in 2011.

Firms were also found to have growing commitment, with licence lengths increasing from six to nine months.

Businesses are also taking bigger space, with the average office space secured being suitable for two additional employees when compared to the requirements recorded in the opening months of 2011.

Chris Meredith, head of UK sales at officebroker.com, says the fall in price will make Edinburgh a more accessible option for businesses.

Mr Meredith said: “In the last few years Edinburgh has traditionally been one of the UK’s higher priced office markets, with firms willing to pay a premium for space in the capital. However, with the movement of several large occupiers in recent months, pricing across the city appears to have been affected.

“Edinburgh’s flexible office space does however continue to attractive businesses and the lower pricing seen in the opening months of 2012 could help to bring a wider range of businesses into the city centre.” 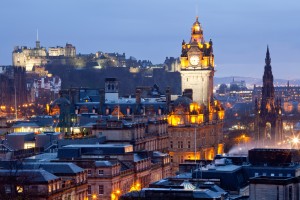