Not Enough Hours in the Day? Try Tracking Your Own Time 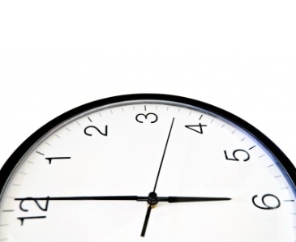 At BCA Conference 2013, Dr Nicola Millard told us a shocking home truth: she discovered that 42% of her working day was spent answering emails. It's no wonder she, and so many other working people like her, feel they're never getting anything done.

Dr Millard addressed this by, firstly, tracking her time. Then she did something about it. For Dr Millard, a five-step 'business diet' helped her to control her time and reduce the number of distractions she faced throughout the day.

Inefficient use of time, task-switching and low productivity is a common problem - and as Dr Millard described, anyone who finds a string of open documents on their PC at the end of the working day is probably suffering from the same problem.

What would you learn from tracking your time?

Minda Zetlin, a business technology writer and speaker, recently embarked on a one-month experiment to track her time, and turned up some shocking results. She used a web-based time-tracking application - SlimTimer - to record the results, and apart from finding that she spends too much time on Spider Solitaire, also discovered some key areas of improvement that could help her to progress and grow her business.

Here's what Zetlin discovered, along with a few questions that all working people should ask themselves:

1) What's your single biggest task?
Zetlin discovered that she spends at least 7 hours a week on email. It's a major part of her communication with clients, but it was taking up a considerable amount of her day that could otherwise be spent on other things - like growing her business. Sound familiar?
Ask yourself: What am I doing too much of? Identify this, and you'll take the first step towards freeing up your valuable time for other important things.

2) What takes longer than you think?
You plan to spend an hour on it, but by lunchtime, it's still not finished. Zetlin was spending too much time on a single low-earning client. Armed with acute awareness, she is now monitoring how much time she spends with each customer. This is a useful exercise for all businesses, which could help them to distribute their time more evenly and even re-evaluate their fee structure.
Ask yourself: What's taking longer than I thought? This doesn't mean you should get rid of low-earning clients. It just helps you to be more aware of who or what demands most of your time, so you can act accordingly.

3) Do or Delegate?
Many tasks can and should be delegated. You don't necessarily need a team in place, as a wide range of tasks can now be outsourced to companies or freelance workers. For instance, virtual office operators provide a call-answering and receptionist service for businesses, while everything from accountancy to marketing and SEO can be outsourced to niche talent.
Ask yourself: What could I hand off? Be honest. It could free up a huge part of your working week and provide a worthwhile return on investment.

4) What deserves your time?
Zetlin's exercise showed her that, as expected, working for certain high-paying clients over her lowest-paying ones delivers much higher revenue.
Ask yourself: What has the biggest impact? For Zetlin, she has resolved to push for more work and referrals from her more lucrative clients as a way to grow her business.

5) What falls by the wayside?
According to Zetlin, "What you're not doing is at least as important as what you are doing". For instance, she isn't devoting as much time to social media as she would like.
Ask yourself: What am I not doing enough of? Maybe it's staff training. The popularity and positive feedback from the