More Devices, Less PCs: What Does This Mean for Flexible Workspace? 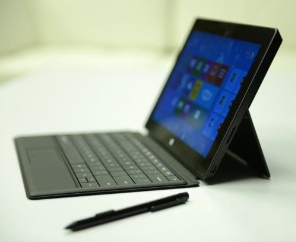 Ever since the successful launch of the iPad in 2010 and the explosive growth of smartphones and touchscreen technology, the market for handheld and portable devices has rocketed. In the third quarter of 2012, statistics show that the number of smartphones in use across the world reached 1 billion for the first time, and this figure is expected to double by 2015.

The growth rate in portable devices has taken the business world by storm. As an indicator of the impact that portable devices is having on business, recent stats from eConsultancy and Kenshoo show that last year, tablets accounted for almost one fifth (18%) of UK paid search clicks for retailers while smartphones accounted for 13%.

We're all aware of how this growth in portable devices is shifting organisational culture. It's influencing a work-anywhere ethic that's prompting a growing number of workers to get away from a fixed office location and into the world of mobile working. This trend is showing no signs of slowing down, and as mobile technology continues to grow, the demand for alternative workspace continues to grow.

We can expect to see a continued growth in devices, mirrored by a gradual decline in desktop PCs. TechRadar suggests that the concept of PCs is changing, and business computing in 2013 will come in "more shapes and sizes than ever before" - referring to hybrid devices such as Microsoft's Surface Pro as an example. Hailed as 'one device to rule them all', this PC-tablet runs the full version of Windows 8 complete with powerful desktop capabilities, while its tablet side runs apps and features just like a standard touchscreen tablet.

Devices such as this are likely to see an increase in BYOD (Bring Your Own Device) - and this in itself holds many implications for business centres, such as demand for improved Wi-Fi and network security.

But looking further ahead, just how relevant is the "bring" part of BYOD? After all, "bring" implies that workers should still come to a central office location armed with their own device. The mobile revolution is fuelling a change in attitude towards how and where we work - and it's encouraging many workers to escape a fixed office location in favour of alternative workspace locations such as coworking and hot-desking spaces. As mobile technology advances, desktop PCs begin phasing out and portable devices become ever more sophisticated, we're likely to see much less reliance on fixed office locations and a greater demand for flexibility and alternative locations.

Throw 4G into the mix - exceptionally fast mobile internet - and 2013 is set to become an exciting year of work-anywhere possibilities that could see huge demand for alternative workspace, and great changes within the flexible workspace industry.