Marketers...be wary of jumping on the Olympic Bandwagon 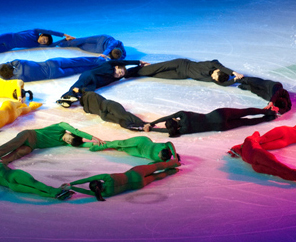 Unless you’ve been living under a rock for the last few years you can’t help but notice that the greatest show on Earth arrives in London this summer.

Let’s not bother with the wider debate of whether the epic taxpayer cost, anticipated transport disruption and general palaver is worth it or not. Instead this is a warning to marketers everywhere to be wary of falling foul of LOCOG and their marketing police.

The Olympics is a big deal. The iconic 5 rings, and the reworked neon London 2012 logo, has cost quite a few global brands a substantial portion of their marketing budget to be officially associated with the games, and the global exposure it provides. But surely, with this being ‘the people’s games’ this is something that most British brands and organisations can benefit from?

You may not have seen some scare-mongering stories in the press in the run up to the games – such as Little Chef being banned from using Daley Thompson to promote their iconic Olympic breakfast (as far back as 2007), or the lowly Café Olympic being ordered to change its name – presumably so Jessica Ennis doesn’t get confused when making her way to the Olympic Village for her bowl of muesli and orange juice?

Fuel to the fire are the various cases of so-called ‘ambush marketing’ in which brands have hijacked high-profile events away from official sponsors to gain unofficial exposure. Nicklas Bendtner and his lucky pants being the most recent example, or the Dutch Bavaria beer company costing Robbie Earle his job as an ITV pundit in 2010.

The Drum recently ran an article with Coca Cola’s chief marketer defending LOCOG’s stance – insisting they ‘don’t lose any sleep over small merchants doing those things’ but ‘fundamentally we have a massive investment in that programme and the organising committee is dedicated to protecting the investment of the sponsors’.

This is perfectly understandable of course. Why should Coca Cola, Panasonic, BMW shell out millions for the privilege of attaching the 2012 logo to their communications, when any independent retailer could do the same in their shop window and not fear reprisals solely because they are a sole trader. LOCOG have to set precedents – and once they’re set, they have to stick to them stringently.

The bottom-line is unfortunately these examples of Judge Dredd style marketing enforcement is a necessary evil, as these extreme examples get national column inches which raise awareness to marketers everywhere.

Awareness is still low though, so please think carefully before spending and executing your planned Olympic giveaway this summer. Even if you’re thinking ‘it’s only a local campaign… LOCOG will never know’, you may just find yourself as the next Café Olympic.

The official branding guidelines from LOCOG can be found here.