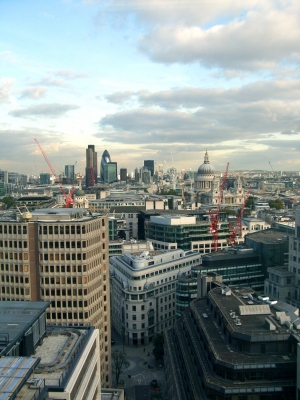 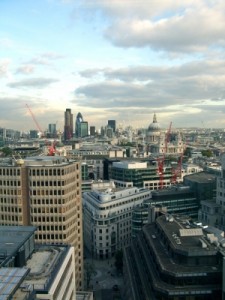 The view of the City from Midtown[/caption]

From busy Covent Garden to Holborn and Chancery Lane, Midtown is starting to become the place to locate your business according to a new report by Property Week.

The rising success of the area has been put down to the excellent transport links and the improving amenities, but with office rents now rising above those in the City, there are concerns that the lack of suitable office space could stifle the record growth.

Office rents in the area during 2014 have exceeded the ten year average and the number of major transactions has topped the highs achieved in 2011 and 2012. This is coupled with a very low vacancy rate of just over 2% across the area.

With such high demand it is no surprise that the number of new office developments have been on the rise all year. Inward investment is at an all-time high with new buildings like the one at 20 Farringdon Street planned for next year.

Midtown is proving increasingly popular with creative businesses, with CBRE’s Charles Killen noting that, “Creative companies account for 26% of Midtown office transactions in Q3 2014, this is matched by the professional services industries 35%, so it’s quite close.”

Serviced office operators have reported increasing demand from corporates requiring project space in Midtown. Many operators commented that availability was limited in the recent MarketWatch report in November.

Future office developments are looking to capitalise on the growing number of creative businesses moving in. Radim Rimanek of HB Reavis Group said, “We certainly think that when we design the office building, we will have more modern and creative industries in mind, but it will still have broad appeal. The size could lend itself to occupiers floor by floor, but is also the right size to be a business’s headquarters.”

With an increasingly changing workforce and broadening number of businesses locating to Midtown, Mark Anstey from Fairbrother noted, “There needs to be a response from retail and leisure. The retail offering improves all the time, but there’s still plenty of scope for it to get better.”

He went on to comment that, “Fleet Street still has a way to go and High Holborn is constantly evolving and improving. The Hoxton Hotel has opened and Byron is moving in. It looks like Kingsway has become the overspill for Covent Garden.”

Despite the number of developments that have turned Chancery Lane in to a building site, Midtown still faces a significant office space shortage because of the growing popularity of the area. Panic has seen a growing number of developers deciding to refurbish existing buildings. Fairbrother has made the ominous predication that the current 1.3m sq. ft. of available space will have been taken by the end of 2015.

West End and City businesses now account for more than half of the number moving in to Midtown serviced office business centres and conventional space, according to research by Savills. It’s predicted that the drift away from the West End and City is set to rise as businesses look for larger space, flexible serviced offices or managed space. This will mean added pressure on rents, pushing rates even higher.