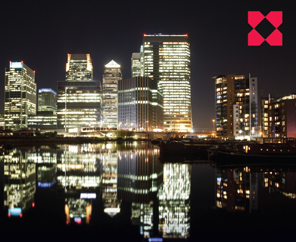 Companies looking to upgrade from Grade B stock to Grade A will drive the office market over the next four years predicts Knight Frank, which today hosted its annual M25 office market presentation at the Dorchester Hotel. Future demand will be stimulated by companies’ desire to upgrade buildings and the strength of the corporate balances sheet will support this.

Take up in the M25 region since January 2011 has focused almost entirely on Grade A new stock and this has encouraged speculative development. Nine schemes delivering 740,000 sq ft of new office space are underway – 400,000 sq ft of it completing this year. Knight Frank predicts that there will be a hiatus in new starts with further development not being delivered until 2014.

High headline rents have returned to pre-2009 levels in several key markets. Headline rental growth will now spread in tightly supplied, buoyant markets in the Thames Valley and West London, such as Maidenhead, Uxbridge and Staines.

Emma Goodford, head of South East offices, commented: “Good buildings in good locations are letting. It isn’t rocket science - companies with strong balance sheets can afford to pay the best rents for the best quality space. Churn by occupiers wanting to upgrade their space will drive the market and we predict this will account for more than 80% take-up.”

“Key markets in the Thames Valley are attracting the most attention from developers. However, developers may also consider those towns with a combination of high lease events at Grade B buildings which have low Grade A supply. Based on these criteria, Richmond, Croydon, Woking, St Albans, Crawley and Gatwick arguably offer the best development prospects.”

INVESTMENT
Despite the impact of the Eurozone crisis and a degree of investor caution over the economy, the South East office investment market has been buoyant in terms of activity. Indeed, in the last 12 months, the South East market saw its two biggest ever deals, with the sales of Green Park, Reading and Chiswick Park for £408m and £480m respectively.

By turnover, overseas investors were the most active buyers over the last 12 months, accounting for circa 55% of turnover, with North American and Malaysian investors among the biggest spenders and Middle Eastern investors becoming increasingly prominent. Indeed, the South East is becoming an increasingly international market, with investors seeking large lot sizes (£30m+) and attractive yields. Secondary and tertiary stock holds limited interest, except for a small number of cash rich entrepreneurial funds, local property companies and private individuals seeking very keenly priced opportunities.

UK funds continue to be the biggest sellers in the market, largely resulting from portfolio churn as a number of mandates have recently changed hands. An increase in distressed assets coming to the market has also been noted, with banks taking a more robust stance with borrowers, which has generated more receivership sales. However, banks continue to prefer to work with borrowers on a consensual basis where possible.

Prime 15-year-income yields in the South East hardened to 6.0% during 2011, which is broadly in line with the long term average and suggestive of fair value. Prime yields remain at a notable discount to Central London, with City yields at 5.25% and West End yields at 4.00%, but the gap has now closed on the key regional cities, reflecting investors’ renewed confidence in the South East.

Tim Smither, head of South East investment, commented: “The South East is increasingly attractive to investors from around the world, seeking to buy at a discount to London, but they require large lot-sizes and a compelling story to generate sufficient returns. There also remains significant wealth from the Middle East, looking to take advantage of a weak Pound and a stable political climate.