Is Alternative Funding About to Go Mainstream? 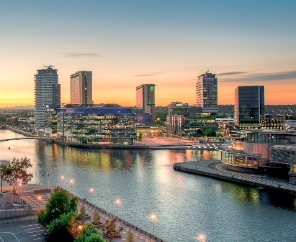 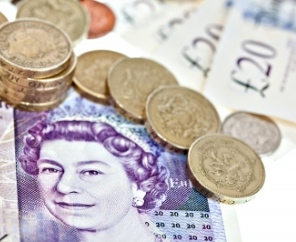 Following yet another record number of startup businesses in 2014, it's clear that Britain's entrepreneurial spirit is alive and kicking.

But not all of these ambitious entrepreneurs enter the world of business with enough financial backing. So what happens when those new firms need a more professional workspace? Or require investment to help them grow?

Currently, around half of UK startups fail within the first five years. There are many factors blamed for stifling business growth - and chief among them is a lack of financial support.

Banking institutions took a strict stance on lending in the wake of the recession. Yet amid such a positive rate of startups, high business confidence, and the UK economy's slow-but-sure healing process, many business owners believe it's time Britain switched its focus to help ambitious companies 'scale up' to the next stage.

And it seems the tide is turning.

RBS, Britain's biggest lender to small businesses, has announced plans to help companies find alternative funding even if rejected by the bank itself. As part of the initiative, RBS will refer failed business loan applicants to alternative financial sources, including peer-to-peer lending schemes.

RBS is not alone in this move. Santander UK and Assetz Capital are already rolling out their own plans, and it's expected that thousands of un-funded businesses will now be directed towards alternative peer-to-peer lending platforms such as Funding Circle.

What triggered this change?

Partly, it seems, the change was initiated by business owners themselves. Last year, research revealed that 65% of SMEs in the UK felt that banks should be forced to refer failed applicants to alternative lenders.

Speaking at the time, Max Chmyshuk, Founder and Managing Partner at Fleximize, said that many rejected businesses are indeed "financially viable". The problem comes when banks rely on outdated criteria to select successful applicants, and stated that alternative lenders "can often be 'smarter'" than banks when assessing applications for business credit.

"The ultimate goal is to increase the amount of responsible lending to SMEs, and this will be helped if new legislation forces banks to forward the details of SMEs they reject for finance to professional regulated alternative lenders," he added.

With around half of all small firms rejected for loans, UK banks have come under fire for holding back much-needed funding. And yet, SMEs are invaluable to the growth and strength of the UK economy.

A government briefing note released in December 2014 (based on 2013 data) found that over 99% of the UK's 4.9 million businesses were SMEs, and employed over 14.4million people. The European Commission valued Britain's SMEs at €473 billion or 49.8% of the UK economy.

According to RBS (reported by Business Matters), peer-to-peer lending currently makes up just 1% of loans. But the industry is growing fast, at a rate of 200% per year.

"In the past, it would have been unthinkable for an alternative lender, let alone a new peer-to-peer lender, to collaborate with a bank. However, it is clear that there's a genuine desire emerging for banks to support SMEs more by introducing alternative lending industry options," said Andrew Holgate, managing director of Assetz.

Given the undeniable value of SMEs, it is a very positive sign that numerous measures are now grinding into action t