Hummingbird: Google's Biggest Algorithm Update in 3 Years (and what to do about it) 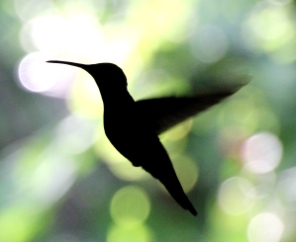 Towards the end of August, Google quietly rolled out its biggest algorithm update in three years - the Hummingbird update.

Although it arrived with much less fanfare than the earlier Panda and Penguin updates, Hummingbird affects 90% of searches worldwide and is said to be Google's most refined semantic algorithm yet.

To help flexible workspace operators understand what to expect from Google's latest update, and how to make sure your website rankings don't take flight, we have devised a short guide with the help of James Fairlie from SupersizedSEO. James explains how to stay on the sweet side of Google's Hummingbird update and how, despite this major shake-up, Google's objectives remain much the same - and have done for the past 15 years.

What is Hummingbird?
Hummingbird is the name of the latest change to Google's powerful search algorithm, its strategy for returning the best and most relevant website pages, which is intended to bring back even better search results. Hummingbird has been described as the new "engine" of Google's search algorithm, and is designed to be "precise and fast" - just like a hummingbird.

Why is this such a major change?
According to Danny Sullivan of Search Engine Land, who spoke to Google search chief Amit Singhal, 2001 was perhaps the last time the algorithm had been so dramatically rewritten.

Why is Hummingbird necessary?
This update continues to use parts of Google's existing algorithm, but it has been modified and organised in order to better serve today's search engine users. The previous system was based largely on outdated behaviour and search patterns, so this update has been developed to reflect the latest trends and user needs.

What is Hummingbird designed to do?
Today's search engine users opt for much more conversational search terms, and Hummingbird has been developed to generate the most relevant results based on complex, long-tail search queries. Previously, Google would have pinpointed specific words within a sentence - now, it is much more likely to focus on the 'meaning' of the phrase, and pay attention to the entire sentence.

What do I need to do?
The general advice is the same: continue to produce original, high quality content. The update has already happened - several weeks ago, although you should expect further revisions to follow. James’ advice to members is to check their website analytics to satisfy themselves they were not adversely affected by the update. That said James was also quick to point out that website owners should not try to chase Google's algorithm updates with quick fixes or short-term solutions.

"Google penalises those who seek to game the search results, as we have seen so often with the Panda and Penguin updates," he said. "Instead, chase what Google chases - something which has not changed in 15 years. Concentrate on providing user-friendly, accessible sites with fresh, high-quality content which is easily shared.”

"Remember, quality will always rise to the top."