How to Avoid QR Code Clangers 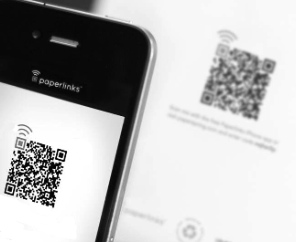 QR codes can be a quirky addition to your marketing campaign, but there are more than a few QR clangers out there too. Here's a quick top five on how to avoid the pitfalls...

If you thought QR codes were a bit old hat, think again. They're been around for a while but they're certainly not gathering dust - according to 2012 a Adobe survey, 20% of smartphone owners now use QR codes device for shopping.

So what are QR codes, and how can they fit in with your marketing campaign?

A QR code, an abbreviation of Quick Response Code, is a 2-dimensional barcode. The code can be scanned by a reader - usually a smartphone app - and links the user to a web page which delivers further information on the product or service. In theory it's an excellent tool to enrich a marketing campaign and draw new users in with the promise of an exclusive offering. But in reality, many QR codes are still falling short of expectation.

The QR code was invented in Japan by a Toyota subsidiary back in 1994. It soon broke free of the automotive industry and it's now a common sight in advertising circles. So you would think that marketers would have got it right by now.

Not quite. You would be amazed how many QR codes are placed in hard (or impossible) to reach places, are hidden behind objects, are too small to scan or - believe it or not - are placed on overhead road signs. Perhaps the most common mishap is a QR code that leads to nothing more than a website homepage, or to a webpage that has not been optimised for mobile. Most users reach for their smartphone app to scan a QR code, so it makes sense to direct them to a mobile-optimised web page.

Despite this, there are plenty of good examples of effective QR code usage. SmartBlogs.com rounded up some of the best QR code ideas, such as Macy's idea of using QR codes on clothing labels that gives customers fashion tips on how to wear the clothes. And Spotify came up with the clever idea of designing greetings cards with a code design on the front. When scanned, the user was taken to a Spotify playlist that the sender had created, which loads and plays instantly.

David Moth from eConsultancy recommends a number of straightforward tips on how to create effective QR codes:

1. Serve a Purpose: The code should add to the user experience. Rather than just directing users to a standard page, why not create an exclusive user experience, or offer a special discount?

2. Keep it Mobile: Don't link to a desktop website. QR codes are designed as a mobile experience, so make sure your landing page is mobile-optimised.

3. Make it Noticeable: Put the code where users will see it, and make sure they can actually scan it too. There's no point placing a code too high or at an angle if it means the reader can't access it.

4. Keep the URL Short: The longer the web URL that the code links to, the more characters are required in the code, which can make it more difficult for the scanner to read. Keep it short, or use a URL shortener like bitly.com or goo.gl.

5. Call to Action: Encourage users to scan the code by telling them what they will gain from it. Tempt them in with the lure of discounts, a competition, product reviews and so on. Otherwise they may simply not bother.

Once your QR code is ready, remember to test it and test it again. It's also worth tracking your results to see how many users are clicking on the code. You can use the tracking on your URL shortening service (bitly.com provides clear analytics) or add your URL to your website analytics report.

Does your business use QR codes? What QR code clangers have you experienced?