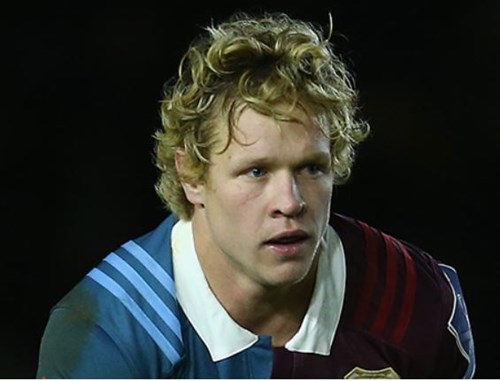 There’s only one guarantee in every professional sportsperson’s career. It will end.  For many players, that can mean facing a challenge as big as any they have faced in a sporting arena: How to transition into a career beyond their playing days?

It is a challenge taken up by Matt Hopper, 33-year-old former Harlequins’ centre, as his playing career enters its final phase. He has linked with his former club to launch ‘Iconic Workspace’ at the Twickenham Stoop, the club’s west London home.

“The basic Iconic Workspace concept is to re-purpose selected areas of the Stoop as flexible office spaces on non-matchdays,” says Hopper, now with French club Oyonnax. “But it goes much deeper than that. We want to use Iconic Workspace as a blueprint that benefits clubs and businesses – as well as players coming to the end of their careers.”

For clubs, Iconic Workspace opens up a new revenue stream around pre-existing assets, such as club executive boxes and hospitality lounges. For businesses – whether sole traders or larger concerns – it offers light and modern office space for rental. And for players such as Matt, it opens up ‘life after rugby’ career opportunities.

“In addition, there’s a charitable aspect which is really important to me,” says Hopper. “Iconic Workspace and Harlequins will donate five per cent of all profits from the venture to a charity devoted to either mental health or transitioning from professional sport.

“I am delighted that my former club, with whom I won the English Premiership in 2012, has joined with me to launch Iconic Workspace at the Stoop, where I have so many happy memories.”

The business benefits go way beyond office rental, as the club’s commercial director Alexandra Goldschmidt explains: “For companies or individuals already associated with us, what better place could there be than the Stoop to take office space?

“If you need some inspiration for your staff, all the sporting characteristics that contribute to successful businesses have been played out on the pitch in front of you. Creativity, loyalty and the importance of teamwork to achieve greater success, or turn the tide during tough times – it has all happened there.

“We also care deeply about the welfare of our current and former players, so it’s great to be able to support Matt in the next stage of his career beyond rugby.”

There is another crucial point of difference in the Iconic Workspace offer. Businesses who take one of the office rental packages also become part of a membership club which brings other benefits.

Membership also includes the ability for your workforce to engage with some of the Harlequins players and coaching staff throughout the year. In addition, there’s the chance to network with other Iconic Workspace members.

“I’m confident the Iconic Workspace model will work at other sporting arenas,” says Hopper. “But that’s down the line. Proving the concept at the Stoop is my main focus. It’ll be great to give something back to my former club, while demonstrating that a career after rugby doesn’t mean a total break from the sport.”


To find out more about the venture, visit www.iconicworkspace.com