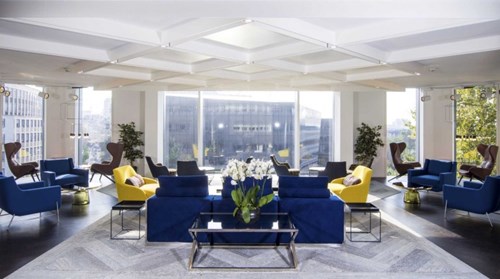 Research reflecting accelerating demand for flexible workspace and subsequent growth in supply over the past 12-18 months will come as little surprise to BCA Members, many of whom are in growth mode -- and have been for some time.

Despite the political upheaval of 2016, it was a phenomenal year in flexible workspace with countless business centre expansions and new market entrants.

Continuing this theme, a new report by Instant Offices sums up much of this positive activity.

‘2017: The Year of Flexible Workspace’ draws on data from 2016 alongside current trends to explore the many different factors that are contributing to our industry’s rapid year-on-year growth.

“The overriding trend is the sense of change to office occupancy, with staff and business owners demanding more from their working environment than ever before,” states the report. “A major story is the growth of hybrid space -- a combination of private offices and coworking -- where there has been a significant increase in supply.”

Instant crunched its own data and revealed fascinating trends within the UK and international market:

Of course, a classic example of so-called hybrid flexible workspace can be seen at WeWork. Although this company is frequently classed as a coworking operator, shared workspace is actually in the minority. Around 90% of space in WeWork centres is dedicated to private offices.

On the subject of WeWork, it’s impossible to ignore their startling growth.

The $20billion workspace giant has already launched in London and Manchester, and now has its sights set on One Poultry in The City. WeWork is often accredited as a disruptor within the conventional commercial property industry, and indeed its presence in London’s Square Mile is already triggering suggestions of change within the City market:

Whilst it seems inconceivable that a single operator could generate such dramatic change, let’s not forget the sheer scale of the workspace brand’s presence; it is claimed that WeWork currently accounts for a quarter of all leasing activity in London.

This is partly due to the buildings and the size of space they inhabit, which is tapping into a wider shift in occupier thinking.

As noted within Instant’s report, Beth Hampson, Head of Sales at LEO, said: “Fewer clients are wanting to be tied into longer term leases. They want choice, and flexible office space is the solution for this. In addition, cost certainty and low capital expenditure are key for companies as this enables them to expand into new markets and locations. Flexible space shouldn’t be seen as a temporary measure and we are seeing a huge increase in clients renewing on a longer-term basis.”

Zachary Douglas, Owner of Orega, added: “2016 was the year in which the flexible office industry became more widely understood and accepted by mainstream property landlords as being an important part of the overall real estate mix.”

Now in the final quarter of 2017 and looking ahead to 2018, we can expect more of the same, as all the signs suggest that this year has continued the market’s buoyant growth trend -- and even surpassed it.

On the occupier side, new research from Hampshire Trust Bank in partnership with the Centre for Economics and Business Research (CEBR) suggests that SME contributions to the UK economy are estimated to grow by 19% from 2016 to 2025.

Their estimations claim that SMEs currently contribute £202bn to the economy, and by 2025, SMEs in the top 10 UK cities will contribute £241bn to the UK economy. The lion’s share will take place in London with Leeds and Manchester each set to grow by 26%.

Such growth will undoubtedly place greater demand on the provision of flexible workspace in UK cities, particularly against ongoing reservations over Brexit.

It’s impossible to say, but exciting to imagine, the myriad of ways in which the flexible workspace industry could continue to grow, strengthen and diversify in the coming months and years. We eagerly await a full breakdown of 2017’s market activity in the next chapter of the BCA’s annual market report, due out in 2018.