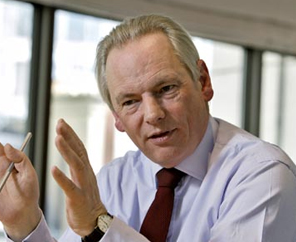 It has been revealed that the government is to announce reforms in the way British firms can bid for contracts. The government hope that the new proposals will stimulate growth, making it 40% faster for companies to do business with Whitehall.

Minister Francis Maude said it cost twice as much for a firm to win a UK government contract compared with a French one, and wanted to end a “short sighted and risk adverse approach” to choosing the right suppliers for major deals.

Ministers have claimed that EU laws have made it difficult to give preference to British firms. Train builder Bombardier based in Derby, had to axe 1,400 jobs after the government chose to buy rolling train stock from a German supplier.

Mr Maude went on to say “"We need to make things better for business in the UK - the current system isn't working. While other countries manage to settle down and develop long-term relationships with business, this country appears to have taken a rather less successful, overly formal, and legalistic approach, failing to think beyond the immediate contract and failing to adequately support our businesses.

We follow the European law extremely literally, and they have very legalistic processes. We have very big contracts, and we get the worst of both worlds at the moment.

"We don't buy very well, we exclude a lot of competitive, innovative suppliers who will tend to be UK-based, so neither do we get good value for the taxpayer, neither do we spend the money particularly well, nor do we actually support UK businesses."

Mr Maude travels to Brussels on Monday 21st November to challenge EU rules in the hope they will be simplified for the UK government.

This can only be a good thing for UK businesses, have you experienced issues in procurement from the UK government? Do let us know.