Goodman Derrick on NOM Clauses: Why Having the Last Word Isn't Always a Good Idea 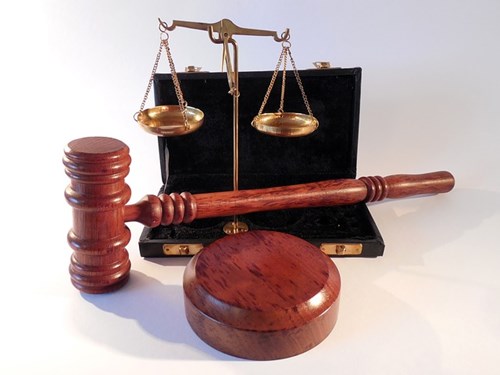 Q: When is having the last word a bad idea?
A: When your contract contains a clause excluding oral variations…

A recent decision of the Supreme Court in Rock Advertising Limited v MWB Business Exchange Centres Limited brings an end to the long standing debate over whether clauses excluding oral variations to a written contract (so called “NOM” clauses – “no oral modification”) are valid.

This is a decision which will have far reaching practical and commercial effects as NOM clauses are very common in commercial contracts.

Save for some special cases, it is a basic principle of contract law that contracts need not be written down in order to take effect. Contracts can be made by conduct or by verbal agreement. A variation of an existing contract is no more than the creation of a new contract and the same rules apply. To give a simple example, a party with a contractual obligation to deliver goods to another by a specific date may agree an extension to that deadline with the intended recipient without necessarily needing to write that variation down.

This level of flexibility to enter into contracts may be attractive in certain commercial relationships, but in others it may produce undesirable uncertainty. Larger organisations may not be able to monitor and control all verbal communications between its employees and third parties. The ability to vary contracts orally could lead to misunderstandings or undesirable changes being agreed that are not properly monitored. This may leave it difficult for companies to ensure full compliance with contractual obligations and the possibility of oral variations lends itself open to abuse. Most organisations will quite sensible want to insist which of its employees are authorised to agree contractual changes and to ensure a proper paper trail is established.

The principle reason for the long standing debate over whether NOM clauses can be valid is that it has been considered that they restrict freedom to contract. On the one hand, NOM clauses are useful to businesses, but on the other they set rules potentially restricting the parties’ ability to vary a contract – a concept with which the courts have historically been uneasy. The Supreme Court had to wrestle with these arguments and came to a conclusion which was not entirely expected.

The case involved MWB Business Exchange Centres Limited (a serviced offices operator in London) who granted a licence to occupy office space to Rock in August 2011. The Licence contained the following clause:

“This Licence sets out all of the terms as agreed between MWB and Licensee. No other representations or terms shall apply or form part of this Licence. All variations to this Licence must be agreed, set out in writing and signed on behalf of both parties before they take effect.”

Rock fell into arrears, but had a telephone discussion with MWB in which it proposed a revised schedule of payments. A dispute arose about whether there was a binding agreement over the revised payment schedule. It was part of MWB’s case that the above NOM clause prevented the Licence from being modified over the telephone.

The Supreme Court decided that NOM clauses were of legal effect and in this case the variation was not valid.

The Supreme Court’s decision that NOM clauses are enforceable is, on balance, a welcome one. NOM clauses have obvious advantages and are often included in commercial agreements to provide certainty and a formal mechanism for contract variations so all parties know where they stand. The previous uncertainty as to whether a NOM clause had any legal effect simply served to increase uncertainty.

Parties are of course not in any way prevented from agreeing a variation, with or without the existence of a NOM clause. However, care should be taken to ensure that any agreed variation is compliant with any formalities required by a NOM clause. NOM clauses themselves may be dispensed with or varied by the parties by properly recorded agreement should it make good business sense to do so, be it permanently or temporarily.

A key lesson for businesses discussing potential contract variations with their counterparts will be to always check the small print – does the contract contain a NOM clause? If so, if time is of the essence and a variation is urgently required, consideration should be given to whether the NOM clause also needs to be expressly waived by agreement for that specific variation. However, where time permits it will always be preferable to comply with any formality restrictions set out in the NOM clause to ensure that a variation is valid.

For those entering into new contracts and considering the inclusion of a NOM clause, this decision increases the need to ensure that NOM clauses are carefully worded so as to leave no uncertainty as to what the requirements for a valid variation will be.

For example, if variations are to be made “in writing”, care should be taken to remove any doubt as to what “in writing” actually means – whether, for example, a signed agreement is required or whether an email will suffice. For most commercial organisations, this case serves as a good reminder that employees who are tasked to negotiate new contracts should be given clear guidance that all contracts should be entered into in writing and the important role of the NOM clause. They can be crucial in providing clarity as to whether a contract has been varied but also they may help ensure internal protocols are followed so all contracts (and variations of those contracts) are only entered into once properly authorised.

Finally, if a dispute has arisen over whether an oral variation has effect in spite of the existence of a NOM clause, it is a good idea to seek legal advice.

Goodman Derrick is a full service commercial law firm with 34 Partners based in one office in the City of London. Our 16 real estate partners advise clients in the sector in relation to: Commercial Property | Construction | Development | Investment | Licensing | Dispute Resolution

Lawyers are recommended across the board by Chambers & Partners and Legal 500, the leading legal directories.

This guide is for general information and interest only and should not be relied upon as providing specific legal advice.