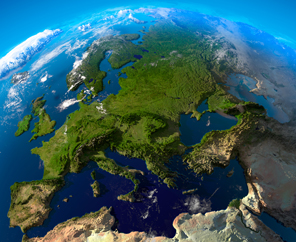 Published today, the report indicates that the majority of countries surveyed witnessed positive growth in occupier and investment demand as well as in development starts during Q2 2011 despite further increases in energy costs. In addition, the survey paints an optimistic picture for the next quarter, with the majority of countries reporting positive rental and capital value expectations and more than three quarters of respondents also expecting investment demand to grow.

The RICS Global Commercial Property Survey is a quarterly guide to the developing trends in commercial property investment and occupier markets around the world. Providing a snapshot of sentiment, the current edition details market conditions for the second quarter of 2011 based on information collected from leading international real estate organisations, local firms and other property professionals.

We would have expected our survey results to reflect some impact of the recent economic ‘soft patch’, but interestingly, it looks as though commercial property markets around the world remain strong, regardless. China, in particular, has proven remarkably resilient in the face of the introduction of a series of measures designed to cool the market. Capital value and rental expectations remain buoyant in much of the world indicating a continuing level of optimism. That said, the tentative recovery in the US, visible in the previous set of results, already appears to be faltering and it is noticeable that the momentum in the Indian real estate market seems to be slackening.

A Europe of two halves

The recent move by the European Central Bank to raise interest rates will likely further widen the already large gap between the performance of commercial property markets in core* and peripheral** Europe. While countries in the former continue to report generally positive numbers – Germany being a particularly bright spot – the latter group is struggling with the ongoing sovereign debt crisis and weak economic growth; this is very visibly being reflected in their troubled commercial real estate markets.

The majority of core European countries indicate positive occupier demand and development starts in Q2 2011 along with strong rental expectations for Q3 2011. In contrast, Greece, Portugal, the Republic of Ireland and Spain sit at, or just above, the bottom of the rankings for most key indicators.

Over the course of the year, we see little reason for the gap in the performance of real estate between these two blocs to narrow.

A turnaround in US optimism

Despite the optimism expressed by agents in the first quarter of the year, the latest survey seems to suggest that the commercial property market recovery in the US may already be encountering significant headwinds.

While still positive, the rate of growth in investment demand fell in Q2 2011 and development starts continue to slide albeit a little less so than in the previous quarter. Of most significance however, rental expectations, which had turned positive in Q1 2011, have once again drifted back into negative territory, with agents reporting a net balance score of -11. That said, capital value expectations are still positive. If the disappointing trend in employment data, most visible in the recent payrol