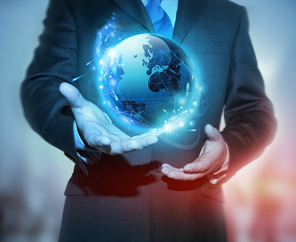 Medium-sized businesses are the UK's "forgotten army", too long overlooked by government but with the potential to inject between £20bn and £50bn into the economy by 2020, according to the CBI.

Firms with a turnover of between £10 million and £100 million represent less than 1% of businesses but generate 22% of economic revenue and 16% of all jobs.

The CBI is calling for a broader range of finance to be made available to medium-sized businesses (MSBs). With banks' lending constrained, these firms can no longer rely solely on bank lending for long-term growth capital to invest in their companies.

Business owners and managers will be crucial to unlocking MSBs' true potential, and the CBI makes a series of recommendations for building their capabilities and inspiring them to strive for even greater growth.

"Medium-sized businesses are truly a forgotten army, and now is the time to unlock their potential.

"We should be championing, nurturing and encouraging our medium-sized firms so that more of them grow and create jobs. For too long these companies, which could inject tens of billions of pounds into our economy, have fallen under the radar of policymakers.

"I want the UK to have its own version of the German "Mittelstand" - a backbone of medium-sized firms which export, innovate and generate growth. These future champions would help the UK weather unexpected economic shocks, and act as a new engine for growth.

"To achieve extra growth, medium-sized firms must have access to new kinds of finance. This means opening UK bond markets to medium-sized businesses, encouraging use of venture capital, and making it easier for large companies to invest in medium ones, possibly in their supply chains."

The contribution MSBs make to the UK economy is much smaller than in France and Germany, where they contribute a greater share of total revenue and generate a significantly higher proportion of jobs. The main reason for this is that, while some MSBs perform extremely well - the "gazelles" - others are lagging behind.

However, many MSBs operate in sectors with high productivity growth. And if MSBs had been able to raise their productivity between 2002 and 2007 as much as large firms operating in the same sectors, their annual rate of productivity growth would have been one per cent higher than the largefirms.

Figures provided to the CBI by NESTA reveal that just 6% of MSBs create 60% of all the new jobs created by the sector. If more firms could reach their potential to grow, this could help achieve an extra £20bn to £50bn by 2020, a major boost to the UK's GDP.

MSBs could play a crucial role in rebalancing the economy, and create new jobs in areas most affected by public spending cuts. In the North East, where unemployment reached 11.3% in the three months to August 2011, MSBs already account for about 20% of all jobs. Mid-sized firms also represent 30% of the UK's manufacturing base.

A map is attached showing how MSBs account for a higher proportion of economic activity in regions with higher unemployment.

The CBI wants the Government to make bond markets more accessible to MSBs in the UK. It is calling for it to work with the financial services industry to enable more MSBs to issue bonds and use new products based on MSB bonds to attract new investors.

The Government could then kick-start demand through credit easing, using public money to back these bonds.

The report calls for MSBs to be able to access a broader range of capital release equity. There are already new initiatives such as the Business Growth Fund, but the CBI suggests re-instating a Corporate Venturing Incentive to encourage large firms to invest in medium ones, and making equity investments tax deductible so that they are on a par with debt investments.