Focus on the North West 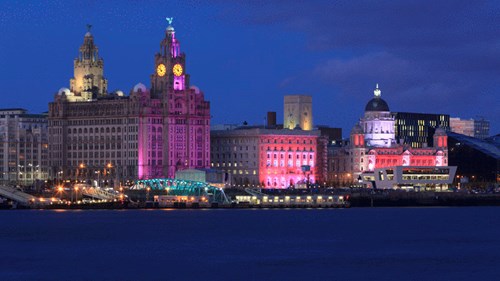 The BCA has always recognised the enormous potential in the flexible workspace industry. Back in the 1980s, when the sector was composed of a small but flourishing group of workspace operators, the BCA stepped up to become the much-needed voice of the sector. We set out to provide support in many different forms to workspace operators and trade suppliers, as well as to the businesses that use flexible workspace - and that is still our central objective today.

The BCA supports members and partners across the UK and has more than 1500 member locations to date. The industry is thriving throughout the country and one region in particular has seen some significant changes over the last few years.

The BCA has a large number of members in the North West represented both independent and large flexible space providers.  Cities like Leeds and Manchester have been and continue to be important growth areas in the North West. Others, like Liverpool had some catching up to do, but that is all changing.   BCA members are leading the charge across the whole region.

One BCA member, Bruntwood reported a 300% increase in deals at its north Liverpool office developments during 2016.  Charlie Beck, Head of Sales at Bruntwood said:

“Liverpool has historically lagged behind Leeds and Manchester as it was hit harder by the recession. It has therefore been one of the toughest markets but now that is changing and The Plaza, Liverpool is now fully occupied for the first time.   Small suites are also doing very well as Liverpool is attracting lots of SME’s, start-ups and creative companies.   More affordable rents in the city also help. Other companies have recognised this.  Regus is also opening up there now and the market in Liverpool is looking very positive indeed.”

“Northern England has recently enjoyed some fantastic examples of inward investment, but it will ultimately be the entrepreneur who fuels the Northern Powerhouse.”

Nor has the prospect of Brexit damaged productivity in the North.  In fact, some think that it could be a boost for business in the region.  Some northern cities have continued togo from strength to strength as the economy continues to grow. In Leeds, the city economy is on course to be £184 million larger by the end of 2017 than it was in the three months after the EU referendum result.

Regus, one of the largest operators, said that the uncertainty surrounding post-Brexit trading led to a growth in demand for flexible office space in Manchester.   Regus reported a growth of more than 60 per cent in enquiries in the months following the EU referendum.

Another BCA member, Emma Long, Commercial Director at Bizspace, who operate in the Wirral, amongst other locations, said:

“We are finding the North West really buoyant, and it has been since early 2014.  It took the longest to come out of the recession of all our regions throughout the UK, but is now very strong.    All our sites are local in chimney pot areas so take a little longer than a city centre serviced offering.   We are seeing our prices increase by an average of 8% at the moment across both products (industrial and office).”

Family-owned commercial property company Bruntwood continues to expand, with the latest acquisition and redevelopment of a 66,697 sq ft workspace in Manchester’s Albert Square.

“We acquired Union last year in response to the ever-growing customer demand for well-designed, contemporary workspace in the heart of the city - and you can’t get more central than opposite the Town Hall.”

The Warrington area is credited with being one of the best performing areas within the North West, and the UK as a whole.

Birchwood, where another BCA member UBC operates, also has Enterprise Zone status, and UBC continues to thrive, with a portfolio that is expanding all the time.

Other members, like Portal Business Centres Ltd are also achieving growth in the region, with Portal about to open its third centre, in Ellesmere Port next month.

Whatever 2017 is about to throw at the flexible workspace sector, it seems that nothing can dampen the prospects for the industry in the North West.