Drivers urged to plan ahead of the Games 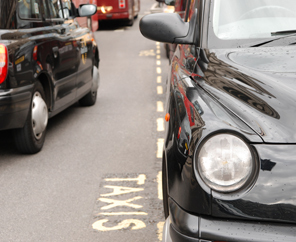 An online tool is now available to help road users see which roads will be affected by the London 2012 Games.

The Temporary Road Changes planning tool includes information about the Olympic and Paralympic Route Networks (ORN and PRN), plus any details of road events taking place.

More information, including details of traffic management around the road events routes and venues, is set to be added early next month.

During the entire Games period, roads in central London and around Games venues - the 'hotspot' locations - will be much busier than usual.

Transport for London (TfL) has advised that:

Garrett Emmerson, TfL's Chief Operating Officer, Surface Transport, said: 'TfL is doing everything it can to make sure people are aware of, and can comply with, the changes that will be made to London's roads during the Games.

'Roads in central London and around venues will be exceptionally busy during the Games. The Temporary Road Changes tool means roads users can see where there will be changes to the road network, allowing them to plan ahead.

'Our advice is to avoid driving in central London and around the ORN and venues or, if journeys are absolutely essential, to plan ahead and allow extra time.'

To use the online tool and avoid road hotspots during the Games, visit the Get Ahead of the Games website