Defamation Act Updated: What You Need To Know 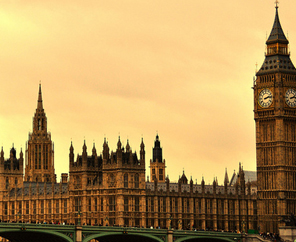 With social media now an everyday part of our business and personal lives, it's easier than ever to make your voice heard.

While this has many advantages for marketing your business, there are certain dangers that must be considered. It seems every week, court cases and public complaints make national headlines due to poor judgement over comments made on Twitter and Facebook - the high-profile case of Paris Brown's controversial tweets just one of many.

With this in mind, flexible workspace operators should take heed of new defamation laws which have just come into play.

The Defamation Act 2013, officially released on 1st January 2014, sets out new laws relating to freedom of expression. According to the Ministry of Justice, these updated laws are partly designed to help protect individuals from "trivial claims" and to "provide clearer, better protection for people publicly expressing opinions."

"As a result of these new laws, anyone expressing views and engaging in public debate can do so in the knowledge that the law offers them stronger protection against unjust and unfair threats of legal action."

The Defamation Act 2013 aims to redress the balance on freedom of expression, between fair criticism and defamatory comments, and contains a series of measures including:

• Protection for scientists and academics publishing peer reviewed material in scientific and academic journals.
• Protection for those who are publishing material on a matter of public interest where they reasonably believe that publication is in the public interest.
• Introducing a new process which should help a person who feels an online statement is defamatory to resolve the dispute directly with the person who has posted the statement. This offers better protection for the operators of websites hosting user-generated content, provided they follow the new process. New regulations have been introduced to ensure that this process operates effectively.
• A single publication rule to prevent repeated claims against a publisher about the same material.
• Action to address libel tourism by tightening the test for claims involving those with little connection to England and Wales being brought before our courts.
• Greater protection for secondary publishers including booksellers and newsagents by removing the possibility of an action for defamation being brought against them if it is reasonably practicable for an action to be brought against the primary publisher.

Of course there are plenty of positives associated with the greater protection this updated policy can offer. However, this announcement acts as a timely reminder of libel laws and the dangers associated with public expression - especially given the prevalence of social media in our digital lives.

Reputation is the new currency, and flexible workspace operators have a duty to ensure that they retain the utmost professionalism at all times when expressing their opinions publicly - both on a business front, and a personal one.

It is also essential to communicate this to your staff - not just those to whom you entrust your social media strategy, but to every single employee. A single defamatory comment, however unwitting, could have a devastating impact on your business.

Operators should take this opportunity to review their HR policies and communicate the outcome to their workforce. Freedom of expression is a gift - but it must be treated with respect, and employees should understand the consequences that their public communication can have both on themselves and the professional reputation of their employer.

This is not a light subject. But it's one that every workspace operator must understand in order to retain professionalism and, ultimately, to protect their business reputation.

Find out more on the Defamation Act 2013 via the following channels: