Co-Working: Fact, Fiction or a Big Fuss Over Nothing? 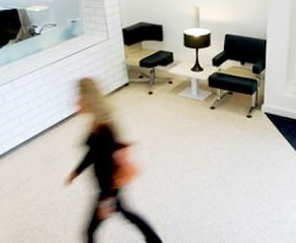 There has been a lot of fanfare lately about the rise of co-working spaces.

It certainly seems to be a hot topic, and it's being fuelled - in part - by a steady rise in mobile workers, on-the-go entrepreneurs and the 'Generation Y' club. All of those gadgets and mobile devices are having quite an influence on the working practices of today's small business owner, and this is starting to have a significant impact on the business centre industry.

The co-working concept as we know it is less than a decade old, and yet already there are over 1,800 co-working locations across the globe. That's the official figure reported by DeskMag, but the true figure is expected to be much higher. And it's growing at a rate of 100% per year.

Much of this boils down to community. In the States, a large proportion of independent co-working spaces flaunt their community appeal and seem to have that social aspect sewn up. After all, human interaction is what many start-ups, freelancers and entrepreneurs crave - especially during the early days when they're working at home, burning the midnight oil alone in a spare room. Co-working communities typically provide an informal environment filled with hard-working business brains - perfect for bouncing ideas around, asking for help, sharing contacts and networking in a natural way.

This trend is catching on in the UK and across Europe, and naturally, London seems to be leading the way. Take Campus London for instance, a Google-powered co-working space in Tech City. Or the "light-crunched newly kitted out" Soho Collective. These are connected, collaborative spaces that provide the all-important people power with like-minded ambitious individuals, as well as the obligatory smart desk and funky decor.

The 'Gen Y' revolution is taking place now and the number of businesses looking for touchdown space is on the rise. Recent stats by Workhubs Network estimate that there are now over 3.8 million people working from home, an increase of 24% over the past decade. And the study also suggests that the number of people setting up a business from home is growing faster than any other part of Britain’s economy. These are the type of people making up the co-working market.

Co-working can still feel a little foreign, especially in smaller towns. But if your centre has an empty office or a particularly large break-out space, why not consider converting it into a co-working space?

Take the first steps towards building a community by organising a programme of events to get people through the door - anything from talks to bacon sandwich mornings - and consider different ways of advertising. Look into Desk Wanted, and the upcoming SpaceDadi tool by RJ Metis. Pop into a local independent co-working hub and see what they do to differentiate their offering.

Co-working spaces can appeal to regular home-workers just as easily as mobile workers looking for a place to land. The general consensus is that workspace is intrinsically linked with technology - so the more mobile we become, the less we rely on a permanent desk. Any business centre that successfully taps into the mobile worker market is opening the door to new opportunities and potential growth.

Surely that's a fanfare worth getting excited about?