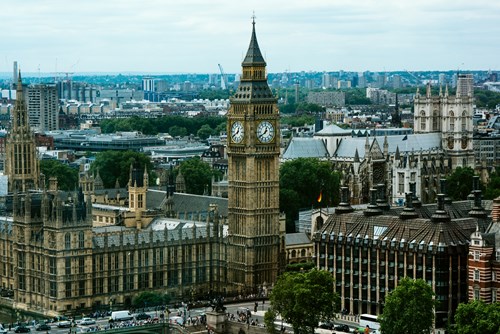 Over the past few weeks, the BCA has been at the forefront of a joint approach to Secretary of State Sajid Javid, regarding unjust changes to the business rates appeals system.

As part of the appeal, which involved a coalition of trade bodies, the BCA initiated a high-profile press campaign that was featured prominently in national publications including the Sunday Telegraph.

However that's just the tip of the iceberg. The BCA has been working hard behind the scenes to gather widespread support to urge the government to abandon changes to the business rates appeals system, which could ultimately leave businesses over-paying tax by 10% or more for several years.

Jennifer Brooke, executive director of the Business Centre Association, explains: "The business centre sector is based on the principle of providing flexibility, which in turn facilitates the growth of micro-businesses, start-ups and growing companies – all of whom make a substantial contribution to local economies and communities.

"Such businesses lead in technological evolution making a significant contribution to UK Plc in real terms and through innovation and invention. An unfair tax, which could result in businesses over-paying by 10% or more for several years, risks reducing this flexibility and acts as a brake on the opportunities for the growth of small businesses across the country. This can only be detrimental for the economy as a whole."

Jerry Schurder, Head of Business Rates at Gerald Eve, who has been advising the BCA, has provided the following detailed update on the current state of play. Interested parties are urged to take immediate action in order to put a stop to these wholly unfair proposals.

The Valuation Office Agency will tomorrow release draft 2017 Rateable Value assessments with effect from next April in respect of all 1,959,254 assessed properties in England and Wales.

You will be able to view them (until the VOA website crashes as it might well do) here.

The VOA has already released a high level summary of the outcome of the revaluation, available here, which shows total RVs in England increasing by 9.1%. The Government has announced that in order to maintain the same income from business rates in real terms the Uniform Business Rate will reduce to 46.7p.

These figures show the quality of the comprehensive shadow revaluation exercise we undertook and have reported previously. Many other ‘specialist’ rating consultants predicted the total RV would fall and the UBR would be 53 or 54p, but the liability forecasts we have provided to our clients assumed UBR at 47p – fractionally above the eventual outcome.

Rate bills for the forthcoming years will also be affected by transitional arrangements, the scheme through which larger increases and decreases are phased in.

A consultation paper has been issued with two options, the second of which is preferred and thus most likely to be implemented. It differs from previous schemes in that there will be three and not two value bands, with different maximum % increases and decreases for each.

Under Option 2, properties above RV £100,000 could see liability increases next year of up to 45%, whereas those whose bills should be reducing significantly will have these capped at 4.1%. Responses to the consultation are sought by 26 October.

Once we have uploaded all the new assessments into our systems we will be sending our clients reports showing estimated liabilities for each property from 2017 to 2022, identifying the financial implications of the two options.

In Wales, the total RV change is a fall of 2.9%, the consequence of which is that unless the Welsh Government is prepared to reduce its revenues from business rates (which is most unlikely), the UBR may have to increase to around 52p. There has been no formal announcement yet in this connection.

The 2017 assessments in Scotland and associated announcements about liability calculations are not anticipated until the end of the year.