Business Rates "not fit for purpose": Hundreds of Organisations Call for Reform 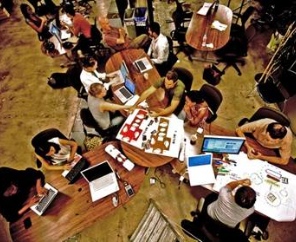 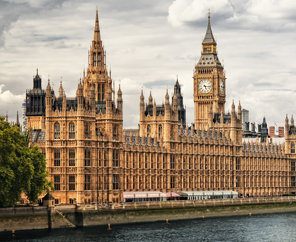 The message could not be clearer.

In this morning's Telegraph (16th Sept 2014) a 107-strong collaboration, led by the British Retail Consortium and backed by The BCA, added its weight to a nationwide call for business rates reform.

The BCA has long campaigned for an overhaul of existing legislation on business rates, with specific regard to Empty Property Rates (EPR), as this continues to have a significant and detrimental impact on the success and viability of flexible workspace locations.

Now, an open letter appearing in The Daily Telegraph (pg10) and a front-page report in Telegraph Business by Graham Ruddick, throws the spotlight once again on the "critical problem" of business rates.

The campaign, backed by such household names as Tesco, Marks & Spencer and Costa, calls for the controversial tax to be overhauled in order to unleash investment and create a fairer trading environment.

"The current system of business rates is no longer fit for purpose for the 21st century," it states. "Business rates are higher than property taxes anywhere else in Europe and are the second highest in the OECD. This is a critical problem for all of British business."

The campaign states that by changing existing business rates, it would create a more favourable environment for new and expanding businesses. It would also open the door for more skilled and entry-level jobs in the UK.

Although recent labour reports by the CBI suggest that employment levels have experienced marked improvement over the past year, the challenge of lifting average wages to a more sustainable level remains.

In addition, business experts such as Baroness Martha Lane Fox CBE continue to voice concerns over a lack of digital skills in the British workforce. The creation of more skilled and entry level jobs, which could be assisted by an overhaul of business rates, could indeed open the door for more British workers to improve their skills through further access to training, apprenticeships and employment.

But first, we must overcome the rising hurdle of business rates tax.

Jerry Schurder, head of rating at Gerald Eve and a long-term campaigner against unfair property rates, says that if the current rating system is left unchanged, it will "continue to severely impact enterprises of all sizes and sectors", adding that it would cause harm to the UK as a place from which businesses can operate.

The campaign calls on "all political parties to commit to fundamental reform in their manifestos for the next General Election."

The BCA urges flexible workspace operators across England, Scotland and Wales to give their voice to business rates reform by signing the BRC's petition, here: http://www.brc.org.uk/reformrates/showyoursupport/

There is certainly strength in numbers - and in the true spirit of collaboration, today's 107-strong campaign delivers a powerful message to government leaders that the current business rates system is no longer fit for purpose in today's fast-moving business landscape.