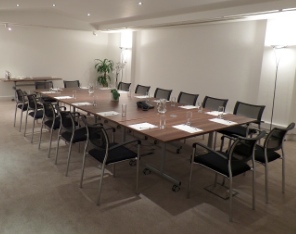 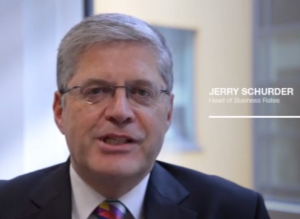 A leading business rates expert has denounced the Government’s proposed changes to the business rates appeals process as “smoke and mirrors” designed to “give a veneer of respectability to changes that will have a hugely negative impact on firms of all shapes and sizes”.

Released by the Department for Communities and Local Government on Friday, the proposals represent the latest Government attempt to restrict the number of appeals being made by imposing punitive measures and complexity to a system that is in dire need of simplification and transparency.

Under the proposed changes, the burden of evidence is placed wholly on businesses appealing their rates bills whereas the Valuation Office Agency (VOA), which sets rates assessments, is exonerated from responsibility to justify itself.

There will be a raft of new obligations, deadlines, fees and charges, seemingly designed to discourage appeals due to the effort involved and likelihood of failure. In return, the much-touted transparency and provision to ratepayers of extra information only amounts to the repetition of data that the business will itself have provided.

“For years now, businesses have been demanding greater transparency through the disclosure of the underlying evidence behind the VOA’s calculation of a firm’s rates assessment. Given that for every other tax the taxpayer is made aware of the basis on which their liability is calculated, this call for transparency seems a fair and reasonable one.

“Business organisations rejected an attempt to introduce similar changes a couple of years ago and the response is to impose a still more draconian system – riding roughshod over the views of businesses that pay £26bn a year to the Exchequer.

“The paper released by the DCLG purports to address this issue and claims to offer greater transparency for firms, but in truth it is nothing but a smokescreen, designed to obfuscate and conceal while seriously detrimental changes are ushered through the Houses of Parliament as part of the Enterprise Bill.

“Any claims that additional information will help firms understand their bills are poleaxed when it becomes clear the ‘new’ data is in fact just the repetition of details – floor areas and rents for the property in question – that businesses will already be aware of and will themselves have provided to the VOA.

In return for this ‘new’ information, the burden of proof on the ratepayer has been hugely increased. Under the proposals, they will have to provide full details as to why they believe the assessment to be incorrect – something that is nigh-on impossible given that the VOA refuses to reveal the reasoning behind its calculations – while at the same time knowing that any subsequent stages of the appeal will rely on this initial information.

“In effect, the proposals make it impossible to challenge an assessment without a full proof of evidence, hugely increasing a business’ costs. And with the Government accepting that at least 30% of appeals are justified, all this would be to rectify a VOA miscalculation!

“In addition, the first two stages of the new process could last up to two-and-a-half years before a VOA decision is made. Not only is such a delay