Budget 2012 Announcement from the BCA 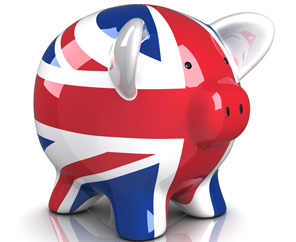 Budget 2012 announces wide-ranging reforms to the tax system to reward work and support growth. These reforms will lower headline rates, diversify and broaden sources of revenue, and reduce reliefs. These reforms are based on the principle that the tax system should be fair, efficient and simple.

It also announces the next stages in the Government’s plans for supporting businesses. The Government is committed to driving through the measures announced in The Plan for Growth and Autumn Statement 2011, and is taking further steps in this Budget to stimulate investment, exports, enterprise and the employment market.

The action the Government has taken since the June Budget 2010 has restored and maintained stability and kept interest rates near record lows.

Budget 2012 maintains the Government’s strategy and sets out further action it will take in three areas:
• a stable economy;
• a fairer, more efficient and simpler tax system; and
• reforms to support growth.

A stable economy
In the context of the 2008/9 financial crisis and the more recent uncertainty in the global economy, the Government has taken decisive action to protect the economy and has set out a comprehensive strategy to achieve strong, sustainable and balanced growth.

Reforms to support growth
The Government has set out its plan to put the UK on a path of sustainable, long-term growth. As part of this, The Plan for Growth, Autumn Statement 2011 and The National Infrastructure Plan 2011 announced a wide-ranging programme of over 250 economic reforms and investment in infrastructure. Significant progress has already been made on these reforms.

Key Points
- The top income tax rate will be reduced to 45% from April next year
- The stamp duty rate on properties worth more than £2m via companies will be raised to 15%
- Tobacco duty will rise by 5% above inflation
- Borrowing this year predicted to be £126bn, and £120bn next year
- The point at which people start paying income tax will be raised to £9,205 from next April
- A single tier pension, at a minimum of £140, will be set, Mr Osborne says