BCA Members are Making Headlines and Making their Voices Heard 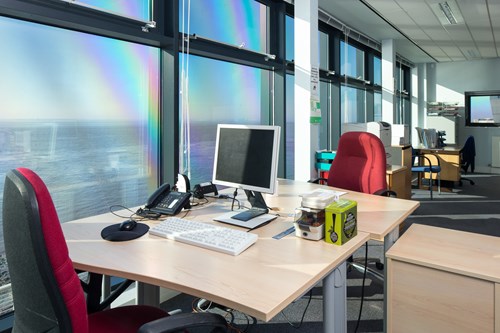 Many operators in the flexible workspace industry can easily recall a time when ours was considered an 'alternative' form of office space. A couple of decades ago, our collective voice was barely a whisper - but today it's a different story. The sheer size of the UK flexible workspace industry, which grew by up to 32% and contributed an outstanding £8bn of GDP in 2014, gives us a strong authoritative voice.

Never mind popping up in the occasional paragraph; the flexible workspace industry is positively making headlines.

Just last week, no less than four BCA Members and Trade Partners were crowned winners or finalists in the 2016 Estates Gazette Awards - an impressive feat, especially in such formidable company. On the topic of awards, two BCA Members and former BCA Award Winners - Landmark Plc and independent operator Garden Studios - will be joining forces to further improve the already impressive services provided by both companies.

Only yesterday, Freya Cross of The Deep Business Centre in Hull (pictured) was featured in the Hull Daily Mail discussing her centre's positive rental values and impressive occupancy of over 90%.

And Citibase has recently shared the limelight for a number of reasons. First, for launching two new centres in Scotland at Aberdeen and North Lanarkshire, and also for CEO Steve Jude's fantastic column in Property Week Magazine in September.

In the article, Steve discussed the "phenomenal" growth of the UK flexible office sector over the past decade. This pace is only set to accelerate as "appetite for the short-term contract grows", particularly in light of the Brexit decision, which Steve believes will give "added impetus to the workplace revolution".

Of course where Brexit is concerned, our industry is particularly well-placed to offer support and flexibility to businesses that need it most; a fact that has been recognised in today's Financial Times (Thursday 13th October), in which flexible workspace operator, London Executive Offices, is reportedly on sale with a £700million price tag. This opportunity, it is reported, results from private equity owners seeking to "cash in on rising demand for imposing yet flexible office space in the wake of the UK's vote to leave the EU."

Yet whilst Brexit may present opportunities for our sector, other forces are at play that could have damaging long-term effects.

Business Rates are a stubborn blot on an otherwise positive landscape for the flexible workspace industry. Rather than focusing entirely on what our industry does best - supporting small businesses, incubating growing firms and delivering billions of pounds to the UK economy - operators must now battle unfair proposals to change the business rates appeals system, which could result in workspace businesses over-paying tax by 10% or more.

Faced with such a hike, could your workspace continue offering its services at the current rate?

"There are no real 'winners'. On the one hand, retailers in the West End will on average see increases in rateable value of around 100% and up to 250% in extreme cases, although transition will taper their liability at around 50% per year.

"On the other hand, many businesses outside London that are quite rightly expecting a significant decrease to their rates bill will see the transitional phasing result in measly decreases. Barnsley is indeed paying for Bond Street."

Faced with such absurd measures, the BCA has been working alongside business rates expert, Gerald Eve, to garner support from every possible angle and initiate high-profile press campaigns. It is distinctly unsettling that the government is attempting to push through these unfair proposals, despite the sheer amount of collective support standing in their way.

However, it's not over yet. There is still much we can do to sway the decision in our favour, and the BCA has been urging Members to write to their local MPs and engage in press activity over the past few weeks and months. Your voice can still be heard - please continue to take action against these unfair proposals (contact the BCA should you need advice or templates).

There are hundreds of flexible workspaces across the UK today, and many more coming on board every month. Let's work together and use our industry's strong, authoritative voice to make our concerns known and protect our bright future, before it's too late.