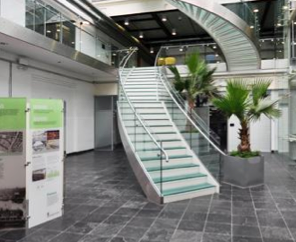 The BCA's second MarketWatch review highlights a post-summer return to form for much of the UK's flexible workspace sector.

Back in July, we kicked off the very first BCA MarketWatch review. These bi-monthly reports provide a summary of overall performance as supplied by flexible workspace operators and brokers at each BCA Board Meeting, including such details as demand, occupancy, overall conversion time and any issues or challenges.

In July, we reported on a general uplift in business confidence which appeared to be having a positive knock-on effect on the flexible workspace industry as a whole. In September, our latest report shows that - despite a traditional lull over the summer break - performance has bounced back and does indeed appear to have retained much of the positivity we witnessed earlier in the year.

London remains characteristically strong and numerous operators reported impressive enquiry figures, with deals also picking up - although naturally, many have been sluggish to close given the summer slowdown. Outside of London, Birmingham and Manchester appear to be performing well while Leeds and Warrington are reportedly 'steady', although pricing remains competitive.

Specific locations have been described as "struggling". These include Thames Valley areas such as Basingstoke and Bracknell, while Oxford has a high level of competition which is putting pressure on price. The South Coast is also proving challenging.

Energetic return to business for Scotland

In Scotland, operators reported a strong bounce back following the summer season, with September starting well. In particular, there is significant and ongoing demand from businesses within the energy sector, particularly oil and gas, with the North East enjoying the lion's share of demand. Aberdeen in particular remains a hotspot for businesses seeking flexible workspace in the region.

Overall, reports suggest that although price is still a challenge, Scottish operators are holding their own and are seeing more serious enquiries with an uplift in placements.

Demand from energy companies is triggering requests for large spaces and, while this means there are sizeable deals available, it is also having an adverse reaction on the market - notably, a distinct lack of smaller space for SMEs and very little prospective development in the pipeline.

Overall, throughout the UK, operators reported a general feeling of positivity which appears to have carried forward from July's MarketWatch report. Despite some prospective clients having unreasonable budgets, most operators reported a noticeable rise in serious enquiries which is leading to improved deal and occupancy figures.

The broker community also reported strong lead flow and, according to one broker source, a 40% increase in deal numbers year on year.

This suggests further development in the flexible workspace market and, when combined with the availability of large and corporate deals, shows that the industry is becoming a preferential choice for businesses of all sizes, across an expanding industry sector.

What are your thoughts? Have you noticed positive signs within your region lately? Please share your feedback using the comment box below or via our social media channels.