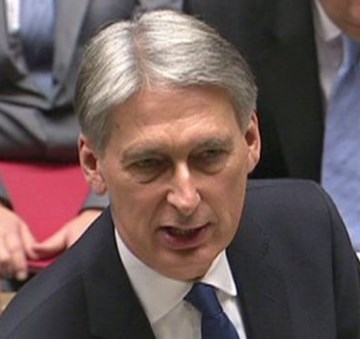 At 64 pages, the 2016 Autumn Statement is one of the lightest in modern history coming in at half the size of the equivalent document published in 2013. It will also be the last Autumn Statement delivered. In a change of style to the type of statement previously delivered by his predecessor, George Osborne, the Chancellor of the Exchequer deployed little in the way of rhetorical flourish, and delivered what can only be described as “a low-key statement”.

At the macro-economic level, the figures do not look particularly good. The Office for Budget Responsibility (OBR) has cut its growth forecast for the UK economy to 1.4% in 2017 and 1.7% in 2018, compared to 2.2% and 2.1% which was forecast as recently as March 2016. Government debt will peak at 90.2% of GDP in 2017/18 and the stubborn budget deficit, which has pre-occupied the government since 2010, will remain beyond the life of this parliament. The OBR has attributed much of this deterioration in the public finances to the impact of Brexit, and the debate will rage in the media, and among politicians, about how accurate these forecasts will turn out to be.

Turning away from the public finances, there will be real disappointment within the business community at the government’s failure to properly address the impact of the significant increases in business rates some businesses are facing as a result of the recent revaluation process. The Chancellor did announce that the Transitional Relief cap for “large properties” will be reduced from 45% to 42% next year, and then from 50% to 32% in the following year. That will still leave some businesses facing an increase of 42% in their rates bill come April 2017. In 2010, the equivalent Transitional Relief cap was 12.5% representing a far more manageable rate for those facing increases. A rethink is clearly required within the Department for Communities and Local Government and the Treasury.

Elsewhere, there was some good news. A new 100% business rate relief for new full-fibre infrastructure will be introduced in April 2017 which is welcome, and Rural Rate Relief will also double to 100% at the same time. Measures to boost the delivery of high-tech infrastructure combined with £700m worth of investment in new 5G infrastructure will certainly please businesses who need to keep pace with technological change.

Tackling productivity was placed at the heart of the Autumn Statement and a number of additional spending commitments were made. A new £23bn National Productivity Investment Fund will be created and include:

The third round of Growth Deals with the UK’s Local Enterprise Partnerships will also direct £1.8bn worth of funding across every region in England. The North of England will receive £556m, as the Government looks to reaffirm the “Northern Powerhouse” concept we have heard so much about in recent years.

The increase in the personal allowance to £12,500 and the increase in the higher rate threshold to £50,000 will also be delivered by the end of the parliament, although there will be no acceleration in the previous timetable. This was one of the main measures designed to help “just about managing” individuals (JAMs) that have been the focus of government’s attention in recent months. The increase in the Living Wage to £7.50 in April 2017 was also framed by the Chancellor as a boost for the chunkily nicknamed “JAMs”,

There is no doubt the macro-economic data announced at the start of the Chancellor’s speech framed much of his subsequent speech. There are clear constraints bearing down on the public finances, which contributed to a cautious Autumn Statement from a cautious Chancellor.

Individuals with an interest in the UK’s productivity puzzle will be pleased to see the government take action to support new physical and digital infrastructure. However, for those with an interest in Business Rates policy, there will be disappointment that the Chancellor did not use the last ever Autumn Statement to take stronger measures to help businesses facing a huge increase in their bills come April 2017.