Are Photos on the Office Desk Dying Out? 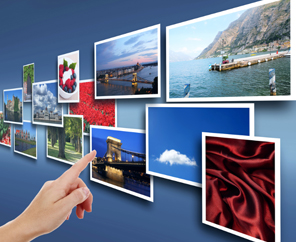 Only 24% of UK office workers have photographs on their desk, according to a recent survey by leading office design company Maris Interiors; down from 29%, when the survey was last carried out in 2010. Of those employees who keep photos at work, just under a half (49%) have them framed, with other people choosing to pin them to walls or noticeboards (27%) or stick them to computer monitors (12%).

Unsurprisingly, the majority of those who have photos at their desks have pictures of loved ones - with partners and family photos making up 84%. Pets were the next most common subject of photos, at 12%. Two employees surveyed had pictures of their car, and one had a photo of his house.

Bosses aren't to blame for the falling numbers of people having photos at work: only 4% of those surveyed said that there were rules discouraging personal photos.

Chairman of Maris Interiors, Michael Howard said, "This could be explained by the huge recent increase in hot-desking: where multiple workers share the same desk to save space and optimising office usage. Also, most of us now have phones which allow us to have pictures as a background, which might negate the need for photos on our desks. Or maybe we're all just getting less romantic!"