2015: A 'Beyond Extraordinary' Year in Flexible Workspace

A 25th Anniversary Conference, an industry-wide charity fundraising initiative, and a General Election: just a handful of memorable occasions that have contributed to a 'Beyond Extraordinary' year in flexible workspace.

Throughout the year we have seen BCA Members all over the UK taking their businesses to new heights, new locations, and sometimes new countries, too. One of them is Orega, which took a bold step overseas into Belgium by opening not one but two locations in the centre of Brussels. 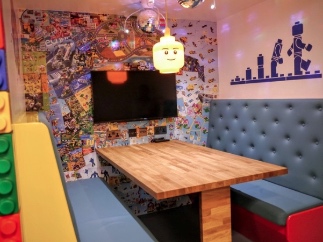 Another is Bruntwood, which has made waves in the sector this year having announced a masterplan for the former BBC site in Manchester and having also taken a new lease at Network Rail's City House, one of Leeds' largest office buildings. Steve Lyons of MSO also strengthened his flexible workspace portfolio in the Midlands with a new business centre in Northampton.

Expansions and new locations aside, we've seen BCA Members getting creative with a stunning array of interior designs and outside-the-box solutions. Citibase launched a range of customisable work ‘pods’ for semi-private collaborative environments, while NearDesk's Tom Ball embarked upon an exciting new coworking venture in Bristol with the launch of DeskLodge (pictured).

For more innovative spaces, take a look at the BCA Social Gallery.

We also learned more about the benefits of flexible storage from LoveSpace, and on the subject of learning, the BCA was privy to an enthralling three days of knowledge sharing and innovation at the 2015 European Coworking Conference.

On the technology front, we've seen many forward-thinking solutions from BCA Members and Trade Suppliers, and we've learned of many more possibilities that may be coming our way in the near future. Kevin Winstanley, MD of ip-Xchange, frequently shares entertaining tech-infused knowledge, aspirations and stories on the BCA Blog, which are well worth a read.

Of course it's not just workspace flexible workspace design that's making headlines - it's what's inside that counts. This year we have seen some extraordinary examples of BCA Members developing community spaces and offering exemplary customer service. 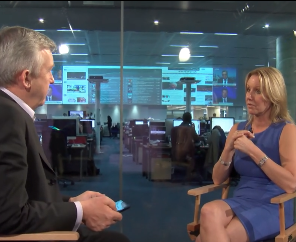 One operator that's constantly seeking new ways to support its clients is Wenta Business Centres, and the BCA was delighted when Chris Pichon, Chairman of Wenta, was recognised for his efforts with a Queen’s Lifetime Achievement Award for Enterprise Promotion.

Bizspace's Emma Long (pictured) also demonstrated her commitment to supportive business environments by appearing in a series of videos developed by The Telegraph newspaper, which explored how SMEs can thrive with the help of flexible workspace.

However, not all notable events in 2015 have been positive for our sector.

On the political front, the flexible workspace industry has yet again been left disappointed by the Autumn